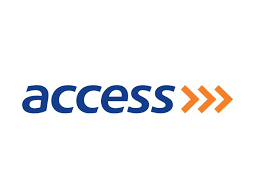 Also, Access Bank investors are however still benefiting from the bank’s profits. While the 63 kobo dividend they received in 2017 was a little lower than thе 65 kobo the received in 2016, this is still to be commended because not all Nigerian companies were able to pay their shareholders dividend in the review year.

Profit before tax for the year, at N80.1 billion, was however about 11.3 per cent less than the N90.3 billion profit recorded in the preceding year. After its tax obligations were done, the bank had an after tax profit of N62 billion, 13.2 per cent down from the N71.4 billion recorded in the erstwhile year.

Earnings per share, was thus predictably lower than that of the prior year, closing at 218 kobo, as compared to 253 kobo before. Dividend per share dipped slightly to 63 kobo in 2017 from the 65 kobo that it was in 2016.

The bank also had a lower interest margin of 51.1 per cent, lower than 56.3 per cent in the prior year, and this was not indicative of a better efficiency in the core business of lending and borrowing. This lower net interest margin was perpetuated despite a wider gap between average lending rate and average interest rate. Average lending rate increased over the preceding year’s (to 15.4 per cent from 13.3 per cent) while average deposit interest rate also increased to 5.8 per cent from 4.8 per cent. This means that the bank charged its lenders a higher interest rate, and paid its depositors a higher interest as well.

It is worth noting that during the course of the year, the bank gave out a higher level of loans and advances, and also received slightly more deposits from customers.

The bank recorded mostly lower results in respect to profitability in 2017. With a higher revenue intersecting with a lower profit, the bank was definitely not able to record a profit margin that was better than that of 2016. At 17.4 per cent, the bank’s profit margin was lower than the 23.7 per cent recorded in the prior year. What this means is that for every N100 earned by the bank in the course of the year, N17.40 made it to the profit position, as compared to a higher N23.70 for the year preceding 2017.

Employing more employees in 2017 than in the previous year, earnings per employee increased to N110.84 million on the average, up from N92.91 million in 2016. This is indicative of employee productivity and company efficiency.

The bank had a better capital adequacy standing in 2017 than it did in 2016, meaning that the bank is doing better in its primary business of giving out loans. Access Bank’s capital adequacy improved in 2017 to 22.5 per cent, higher than 21.1 per cent in the prior year, and also higher and better than the 16 per cent rate mandated for Systemically Important Banks.

For the 2017 financial year, the bank recorded a higher proportion of loans classified as non-performing when compared to the prior year’s. The 4.8 per cent result was higher than 2.1 per cent result recorded in the preceding year, and overshot (and therefore worse than) the Central Bank’s regulatory threshold of 3.66 per cent.

The bank had a debt to equity ratio of 7.0, meaning that it is using N7.00 of liabilities in addition to each N1.00 of stockholders equity. In other words, the bank is using N8.00 of total capital for every N1.00 of equity capital, higher than the N7.60 it did in the erstwhile year.

Assets/equity ratio was higher than that of the prior year while asset turnover was the same as that of the preceding year. Analysis shows that sustainable growth for 2017 was 11.3 per cent, lower than 16.7 per cent before, and this translates to mean that the bank’s growth ceiling, utilizing only its own source of funding for growth, shrunk. Meanwhile, actual growth was 20.4 per cent, higher than the 13.0 per cent actual growth rate of the preceding year. For the review year, the actual growth was higher the sustainable growth, meaning that Access Bank overshot its growth ceiling.

In recent years, Access Bank’s commitment to innovation and sustainable banking practices has distinguished it amongst other banks. The bank continues to reinvent itself with a view to delivering superlative services that exceed customers’ expectations. Its ambition is to become the World’s Most Respected African Bank.

Our analysis shows that the Access Bank stock is a stock that pays dividend, so it is an ideal stock for the investor who is interested in a regular dividend income.