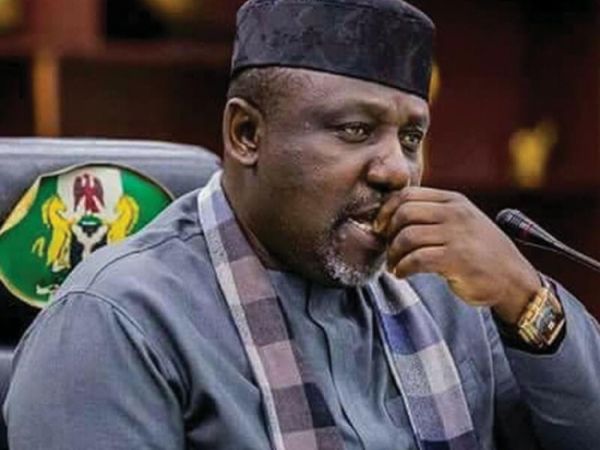 The Federal High Court sitting in Jos, on Thursday threw out a N1.25bn damages suit filed by Imo State Governor Rochas Okorocha, against the (now ex-) Inspector-General of Police, Kpotun Idris, and the EFCC.

Okorocha filed the suit against the IGP and EFCC in November 2018 for allegedly invading and ransacking his house in Jos.

“Even though there was no record of how the search warrant was obtained, a search warrant dated May 3, 2017 from a Magistrate has been attached as exhibit before this court.

“Whether due process was followed or not at obtaining the search warrant, there is no proof otherwise to its genuineness and the breach of sections 34 – 37 of the UN human rights and African Charter.

“Consequently, judgement is hereby entered in favour of the respondents. The applicant’s claims are hereby refused.

“I hereby declare that the application of the applicant lacked merit and is hereby dismissed and cost is not awarded to either parties in this suit,’’ the judge declared.

NAN reports that Okorocha alleged that the IGP and the anti-graft agency breached his fundamental human rights following the May 3, 2017 invasion

Also joined in the suit are the Commissioner of Police Plateau, the Economic and Financial Crimes Commission and the Attorney General of the Federation and Minister of Justice.

Okorocha’s counsel prayed the court to declare the action of the Police and EFCC as “illegal, null and void’’ and award his client the sum of N1.25bn as general damages because there was no valid court warrant for such an exercise.

But the IGP and the EFCC, through their counsel, Edwin Inegbenoise and Muktar Ali-Ahmed, pleaded with the court to dismiss the governor’s application for lack of merit since a court warrant was obtained for the search on his residence in accordance with the law.