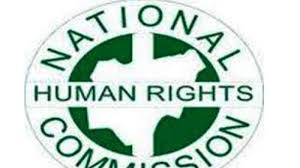 Former Chairman of the National Human Rights Commission (NHRC), Chidi Odinkalu has sued the commission over its alleged plan to compel its staff to subscribe to an oath of secrecy/confidentiality.

Odinkalu, in a suit he filed on Monday before the Federal High Court, Abuja argued that the policy violates the staff’s rights to freedom of expression guaranteed under the Constitution and other instruments.

The rights activist contended that the NHRC and its Executive Secretary are not empowered by any known law to direct the commission’s staff to subscribe to an oath of secrecy/confidentiality, the observance of which would violate his (the applicant’s) right to freedom of expression guaranteed under Section 39(1) of the Constitution, among other provisions.

He is praying the court to among others, declare the plan to administer the secrecy oath on the NHRC staff as unlawful and a violation of constitutionally guaranteed rights.

Odinkalu is also seeking an order of perpetual injunction, restraining the respondents from proceeding with the plan to subject staff of the NHRC to oath of secrecy/confidentiality.

He stated, in a supporting affidavit, that “by an internal memo or circular dated 3rd July, 2019 and signed by one Ibe Obidigwe on behalf of the 2nd respondent, the 1st and 2nd respondent, directed all Heads of Departments/Units/State Coordinators of the 1st respondent (NHRC) to distribute copies of an oath of secrecy declaration to staff of their various departments/units etc to subscribe and return same to the 1st Respondent‘s Human Resources Management Department.

“A copy of the oath of secrecy declaration document to be subscribed by the staff of the 1st respondent was attached to the said internal memo or circular dated 3rd July, 2019.