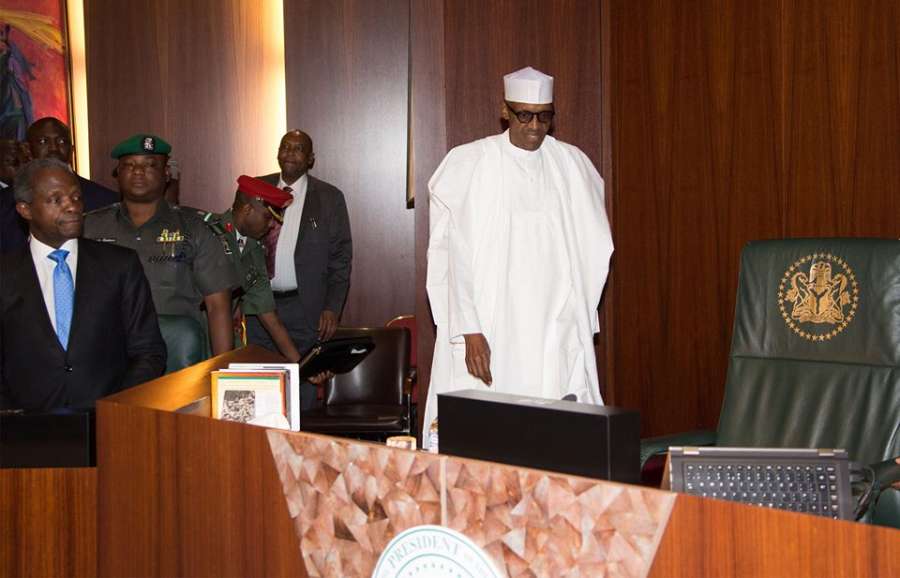 The Federal Executive Council (FEC) on Monday accepted the increase in the Medium Term Expenditure Framework (MTEF) by the National Assembly from N10.002 trillion to N10.729 trillion.

It was gathered from a reliable source that the Extraordinary FEC meeting chaired by President Muhammadu Buhari over the 2020 Budget gave the approval.

There was no press briefing at the end of the meeting at the Presidential Villa, Abuja.

The source, who spoke on a condition of anonymity, said FEC commended the National Assembly for the increment of the crude oil benchmark from $55 per barrel to $57 per barrel.

He said, “FEC is happy with the National Assembly for increasing the benchmark to $57 per barrel. The additional $2 is to take care of recruitment in the security agencies and also attend to critical areas.

“This is a sign that the legislature and the executive will work together for the interest of Nigerians. It is a good development.” he said.

During the over five hours meeting, officials of the Federal Ministry of Finance, Budget and National Planning led by the Director General of Budget, Ben Akabueze, had made submissions on the budget.

President Buhari is scheduled to lay the 2020 Budget proposal before the joint sitting of the National Assembly on Tuesday.

A statement issued by the Special Adviser to the President on Media and Publicity, Chief Femi Adesina, on Friday night, had said the meeting is to put finishing touches to the 2020 budget proposal.