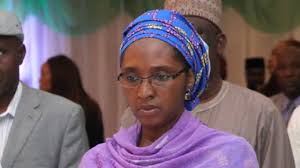 The Nigerian government has begun talks to finalise the modalities for repayment of N614 billion budget support facilities loaned to 35 states by the Central Bank of Nigeria (CBN).

The Minister of Finance, Budget and National Planning, Mrs Zainab Ahmed, disclosed this to State House correspondents after the National Economic Council (NEC) meeting in Abuja.

According to her, the Council has agreed to set up a team comprising representatives of the Nigerian Governors’ Forum, Ministry of Finance, and the CBN within a week to conclude the process.

She explained that the N614 billion budget facility, which was introduced in 2016 amounting to 17.5 billion per state, was loaned to every state except Lagos.

She noted that the macro-economic environment of the country has shown significant growth and stability since after the recession.

According to Ahmed, there have been eight successive quarters of economic growth since the country emerged from recession.

She affirmed the Economic Recovery and Growth Plan (ERGP), as the basis for the Medium-Term fiscal strategy.

She informed the council that there has been significant growth in the non-oil sector, while inflation has continually declined since 2017 from 18.72% to 11.08% in July 2019.

According to a statement from Mr Laolu Akande, the Vice President’s media aide, the minister said the contribution of the non-oil sector to the nation’s GDP has also increased 90.4% in Q1 of 2018 to 90.9% in Q1 of 2019.