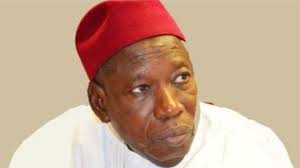 Kano State Governor, Abdullahi Ganduje has revealed that the missing N6.8 billion missing in a zoo in Kano was not swallowed by a Gorilla as widely reported.

Mr Ganduje who spoke to journalists shortly after a meeting with President Muhammadu Buhari on Tuesday said that investigations are still ongoing and preliminary reports so far reveal that it was an armed robbery attack where a whole safe was carted away.

He added that upon conclusion of the investigations, reasons, why the money was kept in a zoo in the first instance, will be revealed, insisting that something went wrong.

On the issue of investigations into the Kano Emirates funds, he said that discussions are still ongoing to resolve issues with the Emir of Kano, Muhammad Sanusi II.