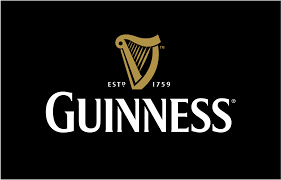 The 2017 financial year was a much better one for Guinness Nigeria Plc when the result is compared to that of the preceding year. It was able to increase the tempo of its revenue generation and made more sales during the course of the year. The brewing giant was also able to sustain the growth rate to the pre tax profit level, a departure from the preceding year’s scenario where it recorded a loss rather than a profit. It is however worthy of note that this company’s profit levels for the review year were not as high as those of its competitors.

While profitability ratios fell a little bit short of industry standards, they were yet better than what was recorded in 2016, and shows that the company is taking a step in the right direction.

This step in the right direction is also supported by the company’s first quarter result for 2018. This shows improvement in the company’s ability to generate sales and to retain the profit gotten from such sales. We predict that the 2018 year should end on a fantastic note for the company.

For the 2017 review year, the brewing company earned more revenue in 2017 than it did in 2016, a sharp contrast to 2016 when it recorded dwindling earnings. It was also able to sustain the momentum of its growth to the profit level, despite an increase in its production costs because it had spent significantly more on cost of sales in 2017 to achieve the level of sales that it did. Revenue for the year was N125.9 billion, 23.4 per cent more than the N102 billion recorded in 2016.

Guinness took care to watch its finance costs during the course of the year. While this increased, the increase was not phenomenal and didn’t have a dwindling effect on the brewing company’s profit. Thus, it had a pretax profit of N2.6 billion, and this was a huge improvement over the loss of N2.35 billion recorded in 2016. It also recorded a 194.1 per cent growth in after tax profit during the course of the year, with the after tax profit growing to N1.9 billion from a loss position of N2 billion before.

Earnings per share (EPS) was commendable at128 kobo, as compared to a loss per share of 134 kobo in the prior year. The company then set aside 50 kobo as dividend per share.

As per return on assets (ROA) and return on equity (ROE), the company performed better in 2017 than it did in 2016, but the results it recorded are not high enough to match available industry standards for the period. ROA for the year was 1.8 per cent, better than a loss of 1.7 per cent in the prior year. ROE was 4.4 per cent in 2017, also better than a loss of 4.8 per cent in 2016. Our analysis of the company’s ROA and ROE showed that assets and shareholders’ funds contributed N1.80 and N4.40 to pre and after tax profit respectively. While these results were not very high, it is impressive that the company even made profits where it had made losses in the prior year.

The company employed significantly fewer employees during the course of the review year. Employee number dipped to 951 from 1,344 in 2016. Because of the lower number of employees involved, earnings per employee improved to N132.4 million on the average, up from N75.9 million in 2016.

It is important to note that while the company’s profitability ratios were generally lower than available industry averages, they outperformed its results for the preceding year, and this is a step in the right direction.

At 52 percent, and lower than the 58.6 per cent result recorded in the prior year, the brewing company’s capital adequacy result is neither high nor low. This result however suggests that its financial strength in the future is still solid.

The company however bucked the common trends of the manufacturing industry for the 2017 financial year in terms of current ratio. In a departure from the common rule of most companies having high current ratios, it had a comparably lower current ratio of 0.9 times (when its result is compared to those of other companies) and did not have the ability to meet short term liabilities with short term assets. It is however important to note that this result was yet better than its result in the prior year.

Guinness recorded a distributable profit of N1.9 billion in 2017, and retained 61 per cent of it. With a profit margin of 2.1 per cent, a retention ratio of 0.61, an asset turnover of 0.86 times and an asset to equity ratio of 3.4, the company had a sustainable growth rate of 3.7 per cent. This means that using only the resources it generated, the company had the capacity to grow by only 3.7 per cent during the course of the year. It was however able to grow by a higher 23.4 per cent, which means it overshot its inherent capacity for growth. This is different to what happened in 2016 with the company underperforming its inherent capacity for growth.

The Guinness stock sold at N105.21 as at our analysis date of January 12 2018. This is clearly on of the higher priced stocks on the floor of the Nigerian Stock Exchange, and our analysis determines that it is overvalued at that value. First, nets assets per share is N28.41, lower than the current market price. Secondly, the book value to market value ratio is much less than one, another clear indication of overvaluation. While book value is N42.9 billion, the market value is N158.9 billion. It is obvious that the company is worth less in reality than the price it is currently trading at. It is important to state that the seeming overvaluation of Guinness’s stock is compensated for by the goodwill the company enjoys from the consuming public and investors alike. The stock also always pays a substantial dividend, so this is good news for the investor.

The 2018 financial year looks like it’s shaping up to be a great one for Guinness and its shareholders. It recorded a better turnover than the corresponding period in 2016, and was able to sustain this growth momentum to the profit level. Pre tax profit for the period was therefore N41 million, a sharp contract from the loss of N2.1 million recorded in the corresponding period in 2016.

Guinness Nigeria Plc was incorporated in 1950 as a trading company importing Guinness Stout from Dublin. The Company has since transformed into a manufacturing operation and its principal activities continue to be brewing, packaging, marketing and selling of Guinness

Foreign Extra Stout, as well as about 20 other products. The company also recently acquired the rights to import, market, distribute and sell in Nigeria the International Premium Spirit brands of Diageo Plc, its parent company and now has distribution rights to Diageo brands such as Baileys, Smirnoff, Gordons, Ciroc and the Johnny Walker range.

It has also acquired the right to manufacture locally some of the most successful mainstream spirit brands in Nigeria that are part of the Diageo brands including Smirnoff vodka and Gordons gin. This exciting new portfolio of fantastic brands makes Guinness Nigeria Plc the only Total Beverage Alcohol (TBA) business in Nigeria with the experience and capacity to cater for the needs of all consumer segments and deliver great value to its shareholders.

Our analysis shows that the Guinness stock in one that pays dividend, so it is an ideal stock for the investor who is interested in a regular dividend income.