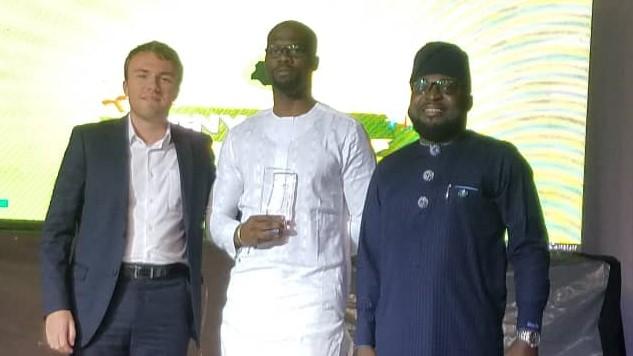 Heritage Bank Plc, has received an award for its outstanding contributions towards improving the lives of Young Business Owners in Nigeria. The award was presented to the bank at the 5th Anniversary Ceremony of the Nigerian Young Professionals Forum (NYPF) Awards for 2018.

Heritage bank was also recently bestowed with the “Best Bank of the Year Business Support/Entrepreneur Development,” at the Africa Value Award 2018; adjudged “Best SME Bank Nigeria 2018” by Capital Finance International (CFI.co) and “Agriculture Bank of the Year 2018” by the Nigeria Agriculture Awards (MAA).

Speaking at the NYPF Awards for 2018 in Abuja, MD/CEO of Heritage Bank Plc, Ifie Sekibo, who said he was immensely honoured by the award, also said it speaks volume of the bank’s efforts to demonstrate its commitment towards developing and positioning youths to become world-class citizens equipped and ready to be absorbed into an increasingly competitive workforce.

“One of the reasons why we chose, as an organization, to support the entrepreneurial growth and welfare of youth is to see young men and women play vital roles in the socio-economic development of the country and help curb the high level of unemployment,” sekibo said.

The MD who was represented by Jubril Adeojo, Team Lead, Power Corporate Banking, said Heritage Bank is positioned to lead the recovery of the Nigerian economy through enhancing youth entrepreneurship development and engendering self-employment via its various initiatives and products.

According Sekibo, the drive to continue in the support of youths was to create, preserve and transfer wealth across generations.

He explained that the entrepreneur schemes of the bank in the support for business had always focused on dependable job-creating sectors, such as agricultural value chain (fish farming, poultry, snail farming), cottage industry, mining and solid minerals, creative industry (tourism, arts and crafts), and Information and Communications Technology (ICT).

Sekibo, restated that the aim of Heritage Bank being in the forefront of youth empowerment is to emancipate the latent entrepreneurial spirit in the teeming youths, by providing adequate and affordable loans to execute their business ideas and, hopefully, migrate them to successful Small and Medium Enterprises (SMEs), thereby, providing the mechanism of stimulating growth, reducing unemployment as well as addressing youth restiveness in the economy.

The Chairman of the NYPF, Moses Siloko Siasia, who disclosed that the NGO’s success stories and feats attained were made possible by the supports from Heritage Bank, while commending Sekibo who took it upon himself to support NYPF.

He hinted that the forum, in the last five years, was able to make a lot of milestone achievements like providing employment for 780 unemployed youths nationwide.

However, NYPF as part of events to celebrate its fifth anniversary, gave out honourary awards and scholarships to several dignitaries, and students, yesterday.

All the award recipients, according to the organizers, were thoroughly considered and shortlisted in recognition of their meritorious service in support for nation building and advancement of democracy, development and good governance in Nigeria.