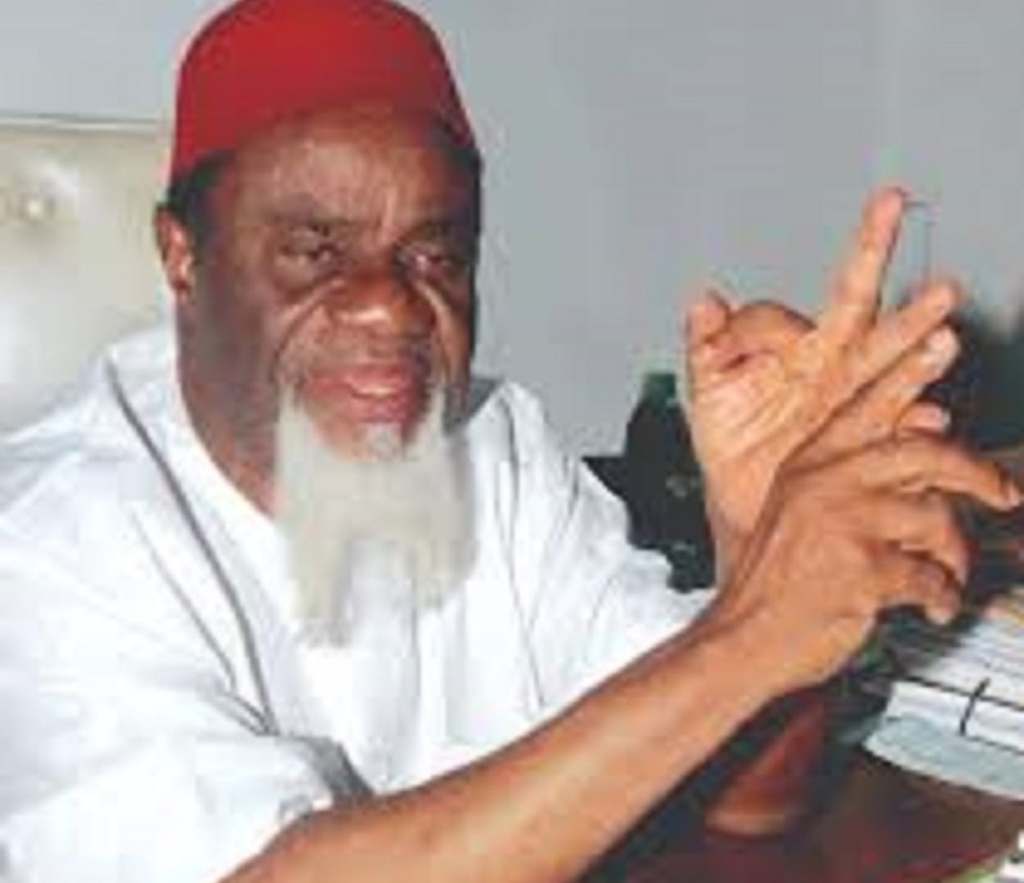 Dr Chukwuemeka Ezeife, a one-time governor of Anambra State in this interview assesses Nigeria’s journey to nationhood 60 years after independence

Almost 60 years after independence, how would you describe Nigeria as a nation?

Nigeria at 60 doesn’t make anybody happy because of the state of the nation. People like Nnamdi Azikiwe, Obafemi Awolowo, Tafawa Balewa, would be surprised to see the state in which Nigeria is today.

The way God planned it is for Nigeria to be the flagship of the black race, but today, Nigeria is described as the poverty capital of the world.

What was the situation in those years? The situation was that we had regional system, a federal system with regions as federating units. Each region was able to do what it liked to grow, and they were growing, independently and succeeding.

Unfortunately many people don’t understand that what everybody mean by restructuring is that we should go back to the structure that worked, that made us grow faster than the rest of the world.

We have a new structure that makes us the poverty capital of the world, should we stay there or go back to what worked?

The word restructuring may be confusing, but instead of making it complicated, as we now have six zones, we can have six zonal governments which allows each group to develop at their own pace.

In a few weeks, we would be 60 years old and what we have is comprehensive failure. Failure in economy, failure in justice, failure in politics, failure in security. Instead of jumping forward, we are taking giant steps backwards.

I just pray that this nation survives. As I speak with you, the survival is seriously in danger.

Outside restructuring, is there nothing else we can do to put this nation on the path of positive development?

Of course there are things we can do, but first, let us go back to merit. It is not just merit in selection of the president, no, I mean merit in decision making to move the country forward.

You cannot make progress unless you use competent people.

I made proposals to three presidents-Obasanjo, Yar’Adua and to Jonathan on easy way of producing our own petroleum products. I said let us estimate the quantity of crude oil we need to satisfy our petrol, AGO and all the other products that come from petroleum and produce them in Nigeria or contract it out pending when we are able to produce in Nigeria and use what we have, crude oil to push and develop what we don’t have, the industries. If it was accepted, our pump price of petrol would have been very low, deliberately made very low so that we can compete in the international market. But none of the presidents responded because conscience has died in Nigeria. The result of the death of conscience is comprehensive corruption.

We introduced subsidy, people were bringing empty ships, turning them round and collecting money for full ships. Every other sector, every other segment of the economy and society is suffering from the comprehensive corruption. Our politicians have created a tsunami in the economy and society. They are now carting away money from everything they have access to, they are not even investing in Nigeria, but they are taking them out of the country. Those that decided to leave the money in Nigeria, dig graves and bury the money.

God in heaven created Nigeria and gave her abundance of every resource. Good climate, abundant plants and animals, abundant minerals, abundant talents from different tribes. God have only one reason. Black people are his first creation and he wanted to arm Nigeria enough to take up the assignment of raising the respect and dignity of blacks on earth by developing into a super power. But our politics ruined it.

Aburi was decided upon by both Biafra and Nigeria, it was put up as a model for Nigeria to grow. After agreeing, we came back here and disagree. Those who are clamouring for restructuring are still citing the model of Aburi and we will end up there.

One thing I have come to realise is that man is incapable of getting Nigeria out of this mess we are in and that is why I call on all Nigerians to go on their knees and pray to God to rescue Nigeria, resurrect conscience in Nigeria and unveil a new Nigeria.

Igbo and Yoruba should take responsibility for the failure of Nigeria because if they were to have moved together in Nigerian politics, nobody would have been able to destroy the country as it has been destroyed.

How do we address this issue of insecurity in Nigeria?

A failure is a failure. We know now that we have failed, we should make efforts to change things. Give the job to those who know what to do, not to our blood relations. I think one of the major reasons for this failure is our method of appointment, appointment without consideration of competence. That brings me to what Mamman Daura said that appointment should now be based on competence, I agree with him completely. In fact, nobody should quarrel with that.

If you say competence for president, that is good, but it should also include every other appointment, it is not just the president.

I must tell you, an Igbo president will fix Nigeria, but he will change Nigeria, I’m sure some people may not like such change. Of course you know we wouldn’t want any Talakawa or Almajiri, we would make people have confidence in themselves and develop themselves. All our children should go to school. Look at the effort of Jonathan, maybe some northerners are interested in maintaining some of these negatives in the polity and society and therefore knowing that an Igbo man wants his child to be bigger than himself and wants his apprentices to achieve more than he has achieved, they are afraid that when we come, we will raise the Talakawas, raise the Almajiris and of course, cancel anything Almajiri and use our equality and egalitarian system to change Nigeria from poverty capital of the world to world’s most developed country, making the black man a proud man, a happy man.

What’s your position on the call to cancel zoning for the office of the president?

I think Daura is mistaken. If you start a process, you should complete it before abandoning it. How do you start zoning, and the north was first and the north is there currently and you say it ends now, it doesn’t make for fairness or justice. A fair minded person will not go that way. A fair minded person will say okay, we will go for competence, but that competent person will have to come from the south east since it is the only zone that has not held the office of president, after that, we can now throw it open to anybody from any part of the country, but before then, let’s complete this process.

In the south east, we are already working and very soon we will set up a committee of elders that will go and lobby people from other zones to shelve their presidential ambition in 2023.

We will tell APC to move to the north and choose their chairman. So far, I would say that many northerners have given me hope, especially the way they reacted to the Mamman Daura’s statement. A group of northern youths clearly said the rotation system may end after, but not before the south east takes its own turn.

We have three major tribes, the Hausa, Igbo and Yoruba, the Hausa has dominated the presidency, the Yoruba has had it for 11 years but the Igbo has never had an executive officer head of Nigeria.

Beyond the office of the president, we will need to adopt meritocracy in every aspect of our national life. Quota system should go, it doesn’t make sense. We should go for merit in employment, merit in appointment, merit in admission to schools, merit in everything.

The Igbos are not known to agree when it comes to producing a consensus candidate, assuming the other tribes ask the Igbo, okay produce the next president, would they not by themselves destroy their chances by not agreeing on a candidate?

We have never tried to destroy ourselves. It is the conventional mistake people make saying Igbos are not united, we are more united than any group in this country. We have not been in central government, we have not been president for many decades, but if you call a meeting of our people you see them coming.

Advice for the youth?

We cannot blame our youths for not bringing them up well. The young ones are responding to the society in which they are brought up. If we have no conscience left in the society, the youths are brought up in a conscienceless society and they behave like that.

When we were growing up, things were okay. I left school and was given a job at Nigerian Breweries after some time I said no, I want to go into public service and I left, today, you can read everything they ask you to read and pass everything they need you to pass and still nothing for you, and then you look around and see people whose fathers are politicians, owning choice houses, choice cars even when it is obvious that they are nowhere near you in terms of hard work or efforts to succeed, what will you do? You join them.

So we cannot blame the youths for the wrong background we have given them.

Everything boils down to our genuinely going back to God in prayer, let God resurrect our conscience. Let our boys get jobs. They can’t get jobs unless we are industrialised and mechanise our agriculture.