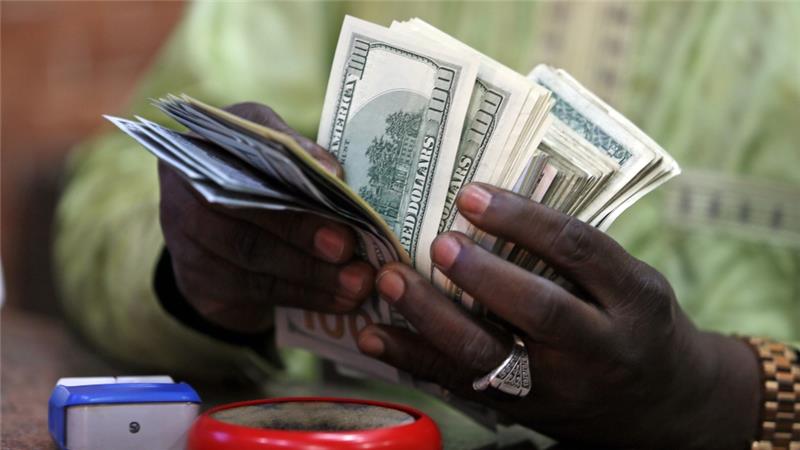 Standard & Poor’s Ratings Services has said that Nigeria, Ghana, South Africa and 14 other Sub-Saharan African (SSA) countries under its rating services will borrow an equivalent of $61 billion from long-term domestic or global commercial sources in 2014.

This would be a 49 per cent increase in long-term commercial debt issuance compared with 2013. Standard & Poor’s (S & P) expects that $48 billion of the total commercial borrowing of $61 billion will be raised in local currencies.

In its “Sub-Saharan African Sovereign Debt Report 2014” obtained at the weekend, S & P indicated that the end of 2014, the stock of total outstanding sovereign debt from commercial sources by rated countries would have risen to $315 billion from $273 billion in 2013.

According to the report, about 26 per cent, or $16 billion of the sovereigns’ total gross borrowing will be to refinance maturing long-term debt, resulting in an estimated net borrowing requirement for new debt of $45 billion.

The report added that if borrowing from official lenders is included, the overall long-term borrowing will be $74 billion in 2014 as the share of non-commercial official borrowing, including bilateral and multilateral, is set to reach $13 billion.

“According to our calculations, Nigeria and Ghana will face the highest debt rollover ratios, including short-term debt, as a percentage of total debt among rated sub-Saharan African sovereigns, reaching 28 per cent and 26 per cent respectively. The rollover ratios of sovereigns with a higher proportion of official debt tend to be lower, because official debt typically has longer maturities than commercial debt,” S & P stated.

S & P said it believes that the conditions for debt issuance in 2014 will become less favourable because United States (US) Federal Reserve tapering may make emerging market issuance less attractive. It however noted that frontier markets have fared better than major emerging markets and this trend is likely to continue in 2014.

The S & P’s estimates focus on debt issued by a central government in its own name and exclude local government and social security debt, as well as debt issued by other public bodies and government-guaranteed obligations. This means, for example, that in Nigeria’s case, S & P did not include the issuance of Nigeria’s Asset Management Company (AMCON) to Nigeria’s borrowing figures. In terms of commercial debt instruments, S & P’s estimates for long-term borrowing include bonds with maturities of more than one year issued either on publicly listed markets or sold as private placements, as well as commercial bank loans.

“Our estimates are informed by our expectations regarding central government deficits, our assessment of governments’ potential extrabudgetary funding needs, and our estimates of debt maturities in 2014,” the report stated.

“We expect that Nigeria and South Africa, sub-Saharan Africa’s largest economies, will issue the lion’s share of government debt in the region, at $36 billion in total, or about three-fifths of the total. Nigeria will issue $14 billion while South Africa will issue $22 billion,” S & P said.

The report projected that Angola will be the third-largest issuer of commercial debt in 2014 as it will use this debt to refinance maturing debt and to continue to finance strategic projects for the country.

The report noted that apart from Nigeria and South Africa, three other sovereigns–Uganda, Kenya, and Cape Verde–have more than one-half of their debt outstanding in local currency, while other rated sovereigns in sub-Saharan Africa have most of their debt in foreign currency, due to the dominance of official borrowing.

It pointed out that an increasing number of sub-Saharan African sovereigns have begun accessing international debt markets. South Africa has been issuing for many years. In 2007 Ghana and Gabon also issued debt, of $750 billion and $1 billion, respectively. Senegal followed in 2009 with $500 million issuance, followed in 2011 by Nigeria, also with $500 million. In 2012, Zambia issued $750 million, while Angola issued a $1 billion structured transaction. The following year, issuance was led by Rwanda with a debut Eurobond of $400 million, followed by Ghana ($1 billion, including a $250 million buyback), Nigeria ($1 billion), and Gabon ($1.5billion). Of the sub-Saharan African sovereigns not rated by Standard & Poor’s, Namibia issued $500 million in 2011 and Tanzania issued $600 million in early 2013. In 2014, we expect that Kenya will lead issuance, with a $1.0-$1.5 billion bond, possibly followed by Ghana with an issue between $750 million and $1 billion.