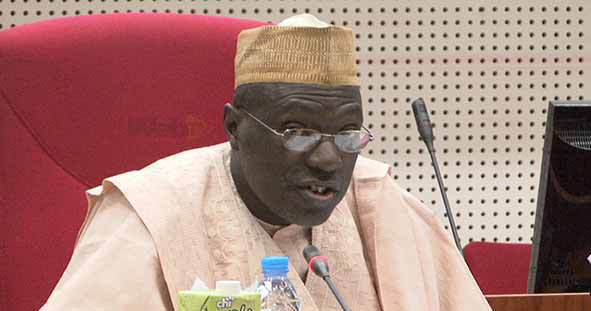 The Supreme Court on Wednesday upheld Ahmed Makarfi as the authentic chairman of the Peoples Democratic Party, PDP, ruling that the May 21, 2016 national convention of the PDP rightly and constitutionally removed Ali Modu Sheriff as the party’s national chairman.

A five-man panel of the apex court led by the Chief Justice of Nigeria, Justice Walter Onnoghen, in its judgment reinstated Makarfi, who was earlier sacked by the Port Harcourt Division of the Court of Appeal, as Chairman of the National Caretaker Committee.

It maintained that the national convention acted rightly and not in breach of any aspect of the PDP’s constitution by setting up the Makarfi-led National Caretaker Committee.

Justice Bode Rhodes-Vivour, who read the lead judgment, held that contrary to the majority judgment of the Port Harcourt Division of the Court of Appeal, the suit filed by Makarfi faction before the Federal High Court in Port Harcourt was not an abuse of court.

The lead judgment by Justice Rhodes-Vivour was unanimously agreed. Other members of the panel are, Justices Onnoghen, Tanko Muhammad, Kayode Ariwoola and Dattijo Muhammad.

Wike claimed that the former Borno State governor “called him last week,” to assure him that he will “respect whatever decision reached by the Supreme Court.”

The Rivers State governor made the disclosure while reacting to the Supreme Court ruling which affirmed Ahmed Makarfi as the leader of the party.

Wike declared that the judgment of the Supreme Court affirming Makarfi as PDP leader is a “victory for democracy” as the nation will now have a viable opposition.