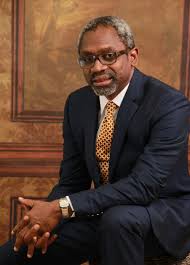 The House of Representatives on Thursday passed the 2020 to 2022 Medium Term Expenditure Framework and Fiscal Strategy (MTEF) Paper.

This followed the presentation of the report of the committees on Finance and Appropriations on MTEF by Rep. James Faleke, Chairman House Committee on Finance during the plenary session.

The house recommended the adoption of 2.18 million barrels per day (mbpd) as daily production output in 2020.

It noted that the production would be realisable due to concerted efforts by the Nigerian National Petroleum Corporation (NNPC) and security agencies to combat the menace of oil theft and vandalism.

The lower chamber also recommends the adoption of $57/barrel as crude oil benchmark price for the fiscal year 2020.

The reps further recommended that the revenue target of Nigeria Customs Service (NCS) of N942.6 billion for 2020 should be increased to N1.5 trillion.

It said the increase was as a result of the performance of NSC in last nine months with three months still outstanding.

“The NCS revenue as at September stood at N1 trillion against the budget figure of N969.8 billion for the year 2019.

“The Joint Committee commends the NCS for exceeding the targeted revenue despite the global economic challenges and closure of the Nigerian borders.”

The green chambers also suggested that the sum of N557.4 billion from the revenue increment of NCS be used to reduce borrowing by N200 billion and increase capital expenditure.

“The adoption of N1.5 trillion as the amount for New Borrowing as a result of reduction of N200 billion which was sourced from the increase of revenue target of the NCS.

“However borrowing must be project-tied.

“In borrowing more government must remain focused and ensure that it is used to fund critical projects that will increase productivity and contribute to finance financing such debt.”

The house also recommends that the exchange rate of N305 per dollar should be maintained for economic stability while more work should be done by the finance minister and economic stakeholders to improve economic growth.

It noted that economic growth would be achieved through increasing the GDP and reducing the inflation rate to single digit.

Furthermore, the reps recommended that proper investigation be carried out on the e-collection stamp duties domicile with Central Bank of Nigeria for the past years.

“So as to show probity and accountability and of course increase the revenue base of the country,” the house stated.

Additionally, the house called for the immediate amendment of Act of the National Assembly on Production Sharing Contracts with International Oil Companies and for proper investigation on NNPC so as to ascertain the actual cost associated with the Joint Venture agreements.

The lower chambers further recommended that more Government Owned Enterprises budget be added to the nation’s budget to ensure proper checks and balances among all Federal Government Agencies.

The reps called on the Debt Management Office to put more efforts and strategies in managing the foreign and local debts.

The house also suggested that the total estimated expenditure of the Federal Government should be increased from N10.002 trillion to N10, 729.4 trillion.

It also recommended that the National Assembly expedite action on the passage of the finance bill.

The reps said that the bill would be brought along with the National Budget into Law for easy implementation of the 2020 budget, especially in the area of VAT.

The house called for an urgent amendment to the Fiscal Responsibility Act and the various Laws of the revenue generating agencies to align with current realities.

It also recommended that earmarking one per cent of the Consolidated Revenue Fund to finance the Basic Healthcare Provision Fund to be classified as Statutory Transfer.