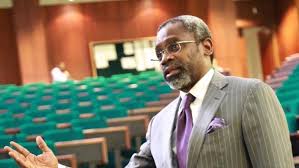 The Speaker of the House of Representatives, Mr Femi Gbajabiamila, says the House would revisit the bill for an act to regulate the operations of Non-Governmental Organisations (NGOs) in the country.

Gbajabiamila made the announcement at plenary on Tuesday in Abuja.

“There were disturbing revelations concerning operations of NGOs during the meeting of the House leadership and Service Chiefs last Monday,” he said.

The meeting was on the state of security in the North East.

The speaker said that the bill which was sponsored by late Rep. Buba Jibrin (APC-Kogi) generated tremendous outcry from the general public.

“I am sure even the NGOs will like this because they will not like a few giving all of them bad names,” he said.

In a related development, the green chambers has urged the Federal Government to create a Special Security Fund for security agencies apart from the national budget.

This followed a unanimous adopted of a motion of urgent matters of public importance by Rep. Mohammed Mungonu (APC-Borno).

Moving the motion, Monguno said that Nigeria in recent times had witnessed unprecedented level of insecurity.

He said that the development had made national security a major issue for the government.

The House, therefore, resolved that its leadership should interface with parliaments of other countries especially the United States with a view to granting Nigerian security agencies access to buy arms and ammunition.