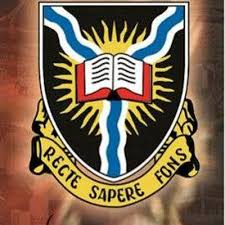 The Vice Chancellor of the University of Ibadan, Prof Idowu Olayinka has handed over six officials of its Distance Learning Center to the Department of the State Security over examination malpractice.

The officials were arrested last Friday and had been cooling their heels in the custody of the DSS before they were released on Monday on administrative bail.

Investigation revealed that the officials allegedly smuggled scripts into the exam hall to students, forged Computer Based Test results; and falsified clearance mostly for students who have student disciplinary cases among others.

Confirming the development to the News Agency of Nigeria (NAN) on Monday evening, the Director DLC UI centre, Prof Soji Aremu, said that some staff of the centre compromised in helping some students during examination.

“It was the management that caught them and handed them over to the DSS, for us to have the full report.

“They have been released on administrative bail after owing up to the crime committed.

“It is a plus to the management for fishing out the bad eggs and handing them over for the law to take its full course,’’ he said.

Mr Tunji Oladejo, the Director of Communications, UI, also said when it happened, the director of UI DLC alerted the VC who ordered the arrest of the culprits.

“Officials of the DSS were invited to effect the arrests. They were found indulging in examination malpractices.

“The Vice Chancellor called on the DSS to engage in rigorous investigation and diligent prosecution to serve as deterrent to others,” Oladejo added.

A source said the information leading to the arrests came from some student accomplices who had earlier been arrested during the ongoing examination by the management of the institution.

The source further said “after the arrest on Thursday last week, some staff have reportedly stayed away from the DLC center located along Sasha.’’