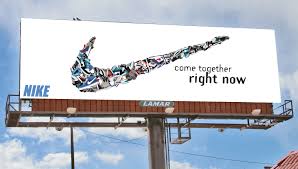 UK advertising expenditure grew 3.7 per cent to reach £21.4 billion in 2016, the seventh consecutive year of market growth, according to the Advertising Association/WARC Expenditure Report – the UK’s definitive advertising statistics released during the week.

Growth in UK adspend held steady in Q3 after the June referendum, before reaching £5.8 billion in Q4 2016, a rise of 3.9 per cent year-on-year and the highest grossing quarter on record. In real terms, after accounting for inflation, UK adspend topped its pre-recession peak for the first time during both the final quarter and for 2016 as a whole. Forecasts for the next two years indicate continued growth of 2.5 per cent in 2017 and 3.3 per cent in 2018.

Digital formats continued to drive growth in 2016, with internet adspend up by 13.4 per cent to £10.3 billion, with mobile accounting for 99 per cent of that growth. Mobile spend reached £3.9 billion, with 86 per cent of the current value of the mobile advertising market generated in just the past five years.

Digital accounted for 38 per cent of the £1.1 billion out of home advertising market in 2016, double the share digital recorded in 2012, while revenues from online ads were up for national newsbrands (+4.9 per cent to £230 million) for the fifth year running.

Stephen Woodford, Chief Executive at the Advertising Association said: “Advertising has proved resilient to uncertainty and behind these numbers is a cutting edge, digital business in which Britain is a world-beater. As we work towards Brexit, we’re urging Government to support UK advertising and do more to unlock its potential to grow UK plc.”

On his part, James McDonald, Senior Data Analyst at WARC said: “The UK’s ad industry is experiencing the most seismic shift since WARC began monitoring in 1982. Last year exemplified this, as over 95 per cent of the new money entering the market came from digital formats. The trend will continue as ad tech improves and consumers spend more time with their internet-connected devices.”

The Advertising Association/WARC Expenditure Report is the definitive measure of advertising activity in the UK. It is the only source that uses advertising expenditure gathered from across the entire media landscape, rather than relying solely on estimated or modelled data. With total market and individual media data available quarterly from 1982, it is the most reliable picture of the industry and is widely used by advertisers, agencies, media owners and analysts.