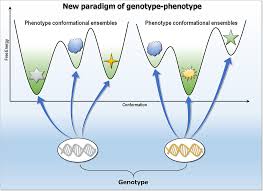 A good number of Nigerians do not know what blood genotype is and why it is important, especially when choosing a life partner.

Often, some people do not know that blood genotype is different from blood group.

Generally, there are four hemoglobin (blood hemoprotein) genotypes pairs/formations in humans: AA, AS, SS and AC, uncommon. SS and AC are abnormal genotypes/sickle cells. We all have a specific pair of this hemoglobin in our blood, which we inherited from both parents.

One should Know that AA can get married to anyone, AS is better off with getting married to AA, AS and AS, AS and AC is too risky.

It is usually advisable for two sickle cells carriers not to married each other and if they do, they may avoid having children.

A series of tests are usually conducted find out any person’s genotype, while there is Newborn Screening, Diagnostic Testing, Carrier Testing, Prenatal Testing, Preimplantation Testing, Predictive and Presymptomatic Testing.

According to experts, knowledge of the hemoglobin genotype will enable anyone going into marriage to avoid the compatibility issue, which can have devastating effects when conception takes place.

A medical lab scientist, Maka Charles, said in an interview that “When people go into marriage or choose a life partner without checking their genotypes, they may put themselves at risk of the unknown.”

He explained that the two persons may be carriers and this can result in having a child who’s sickle cell (SS)  blood genotype and therefore prone to sickle cell anemia and several other medical complications. So it’s of extreme importance to always know or check your blood genotypes before going into marriage/choosing a life partner.

He also stressed the need to avoid any unnecessary burden of taking care of a child or a tender age, who gets sick more often than another children with different genotypes and the mortality rate is high.

In a nutshell: your blood genotype is your complete heritable genetic identity; the sum total of genes transmitted from parent to the offspring.

While blood group is the classification of blood antibodies and inherited antigenic substances, mostly needed during a blood transfusion or if you want to donate blood

It also plays a role in determining paternity. Before a blood transfusion takes place it must be established that the donor’s blood type is compatible with the recipient’s blood type.