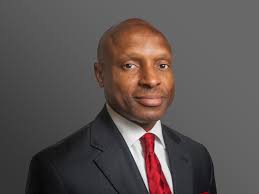 The Group Managing Director of Zenith Bank Plc, Mr. Peter Amangbo has been held by anti-graft investigators over a series of transactions his bank allegedly carried out on behalf of one of Nigeria’s largest oil-producing states, Rivers.

The Economic and Financial Crimes Commission is alleging that the transactions, at least N117 billion in value, are suspicious in nature but that Zenith failed to report them as demanded by law.

Insiders at the EFCC and Zenith Bank said Amangbo was held to explain why his bank failed to document the withdrawals, allegedly done over a three-year period, as suspicious.

Amangbo was first invited for questioning on August 23, sources said. But he was freed on administrative bail and asked to return on August 24 for further interrogation.

He honoured the arrangement, turning himself in again at the EFCC headquarters in Abuja.

Our sources said the top banker was however not allowed to return home on Friday.

“He was still being quizzed as at 4 p.m. on Sunday,” one source said.

At least four other officials are being sought in the investigation, our source said.

The suspects considered to be at large include Fubara Similari, whom investigators identified as the director of finance and account at the Government House in Port Harcourt. The Government House cashier is also said to be on the run.

Officials were unable to immediately provide further information about the investigation as at Sunday night.

Governor Nyesom Wike of Rivers slammed the investigation as “political witch-hunt” Sunday night, saying he would continue to prevent state officials from appearing before the EFCC for questioning.

“No government official will appear before the EFCC,” Mr Wike was quoted as saying in a statement by his spokesperson Simeon Nwakaudu on Sunday night.

The governor said an Appeal Court judgment in 2007 prohibited the EFCC from prying into Rivers State coffers, a ruling he claimed had not been appealed.

“They filed for leave to appeal the judgment at the Court of Appeal. Until they set aside the judgment, we will not come,” Mr Wike said, adding that a fresh lawsuit would be filed to stop the EFCC investigation of Rivers accounts.

The agency said it was investigating alleged mismanagement of more than N22 billion by Governor Samuel Ortom in Benue, but had declined to comment on the specifics of action against Governor Udom Emmanuel in Akwa Ibom.

Mr Ortom said the action severely crippled economic activities in his state for the few days it was in force because it became impossible to pay state workers and pensioners.

He warned that a state grappling with serious security challenges that claimed over a thousand lives this year alone should not be targeted by anti-graft operatives.

But the EFCC alleged that Mr Ortom squandered billions of naira which the Nigerian government released to Benue to tackle the grievous humanitarian and security challenges caused by suspected herdsmen attacks.

The restrictions on Benue accounts were lifted within three days on August 9, and Akwa Ibom confirmed partial unfreezing of its accounts on the same day.

Mr Wike argued Sunday that the EFCC went after Benue and Akwa Ibom to lay the groundwork for similar measures against Rivers.

“But the target is not Benue or Akwa Ibom States,” Mr Wike said. “The real target is Rivers State.”

“The EFCC as a federal agency has no business with state funds. That is the responsibility of the State House of Assembly,” he added.

The spokesperson for the EFCC, Wilson Uwujaren, did not immediately return requests for comments Sunday night.