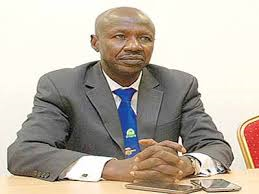 Ahead of the 2019 general elections, the Economic and Financial Crimes Commission (EFCC) has vowed to monitor the movement of huge sums of money in the activities of political parties.

The EFCC also stated that it would prevent politicians from sharing money at party conventions or at polling centres.

The Chairman of the EFCC, Mr. Ibrahim Magu, said this during a programme, ‘Question Time’, on Channels Television.

He said, “We are working with INEC to make sure that we seal every window, and every leakage before the election. We will block any avenue where people can move a lot of money either physically in cash or through banks.

“We will prevent people from using money to buy votes or use money during conventions for delegates. We have machinery in place.”

Speaking with one of our correspondents on Saturday, the Chairman of the Presidential Advisory Committee Against Corruption, Prof. Itse Sagay (SAN), said monitoring campaign spending was part of the responsibilities of the EFCC.

Sagay said, “If you look at the EFCC Act, the mandate of the agency is very wide. It includes everything you can think of as regards money laundering. Its duty is to prevent and tackle economic and financial crimes.

“If the law says you cannot spend more than a billion for a presidential election and it appears to the EFCC that you have spent about N3bn or N4bn, the commission has the right to ask you where you got the money from.”

The PACAC chairman admitted that the EFCC did not have the capacity to monitor all election funds but explained that not all persons or groups would be investigated.

Sagay added, “The issue of capacity is crucial. Definitely, the EFCC does not have the capacity to trace everyone spending money. There’s nowhere in the world that it is possible. So, they will have to be selective.

“They will have to track specific targets that are obvious. Support groups also do not come under the law. If a candidate is not directly spending the money, you cannot charge the candidate with that.

“You also cannot limit the spending of a support group unless you can establish conspiracy between the candidate and the support group.”

But the Peoples Democratic Party (PDP) says it will be illegal for the EFCC to pry into how political parties spend their money.

The main opposition party stated that only the Independent National Electoral Commission was empowered by law to monitor the accounts of political parties.

The National Publicity Secretary of the party, Mr. Kola Ologbondiyan, told one of our correspondents on Saturday that there was no way the commission would delegate such power to the anti-graft agency.

Ologbondiyan said, “The EFCC doesn’t have such power to monitor how political parties spend their money.

“Such power is vested in INEC and the commission doesn’t have the power to delegate the functions given to it by law.

“The electoral body had written to all political parties, asking them to furnish it with their 2015 financial records. The EFCC has no such power.

“How can they be monitoring political parties’ convention? Does the law give them such power? They can’t hide under the alleged directive by INEC to commit illegality.”

But the ruling party,  the All Progressives Congress and the National Conscience Party have expressed support for the decision by the EFCC and INEC to eliminate vote buying and money sharing.

In separate telephone interviews on Saturday, the National Publicity Secretary of the APC, Mallam Bolaji Abdullahi, said his party, more than any other, fully supported any legitimate move to curb corruption under any guise.

He stated, “It is a welcome development.  We are a government that came to power on the strength of commitment to fight corruption. We welcome it as long as what the EFCC wants to do is within the ambit of the law and we are fully in support of such a move.”

Speaking in a similar vein, the National Chairman of the NCP, Dr. Yunusa Tanko, said, “If it can be effectively and transparently done and not used by the government in power for a witch-hunt, it’s a beautiful idea.

“At least, we can be assured that people will vote according to their conscience by voting the right candidate into office and we will have fewer cases of people being induced with money to vote for the wrong people.

“It will reduce the influence of money on our polity. We only hope and pray that the anti-graft agency will not hide under this guise to intimidate other political parties to pave the way for the ruling party.”

Also, a Senior Advocate of Nigeria, Mr. Emeka Ngige, on Saturday, backed the plan by the EFCC to monitor political spending in the next electioneering cycle.

Ngige told one of our correspondents on the telephone that the EFCC should work with other government agencies and use whistle-blowers.

He said, “It is a commendable step because money sharing has been the bane of our politics and has made good people to stay away from politics.

“Our party conventions are like bazaars where votes go to the highest bidders.

“I will be happy if they can arrest the givers and receivers of money during conventions. They should shame them.

“They should work with other agencies and they should use whistle-blowers. I am fully in support of it.” – Punch.