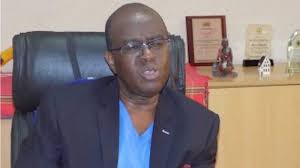 The Nigeria Employers’ Consultative Association (NECA) has called for a reform of the national budgetary process and its disciplined implementation to engender national growth.

The Director-General of NECA, Mr Timothy Olawale, said in a statement in Lagos on Monday that late passage of the national budget and below 50 per cent implementation over the years had contributed to Nigeria’s slow growth.

“Nigeria’s fiscal year begins in January and ends in December; hence, we cannot begin to imagine the dire consequences of the late passage of the budget on national development and business growth,” he said.

Olawale said that the earliest time the national budget was passed was in March 2016, saying that the attempt to return the nation to a January to December budgetary year was a welcome development.

According to Olawale, beyond enabling government to focus on the business of development, it will also improve investors’ confidence and aid planning for both the private and public sectors.

“Businesses thrive on the certainty of government policies and programmes; a return to January to December fiscal year and focus on the implementation of the same will, no doubt, accelerate national development.

“Implementation is largely based on the availability of revenue; however, the government should do well to ensure fiscal discipline, cut wastage and put more life into the war against corruption,” he said.

The DG urged both the executive and legislature to ensure full implementation of the budget.

NECA is the umbrella organisation of employers in the Organised Private Sector of Nigeria.