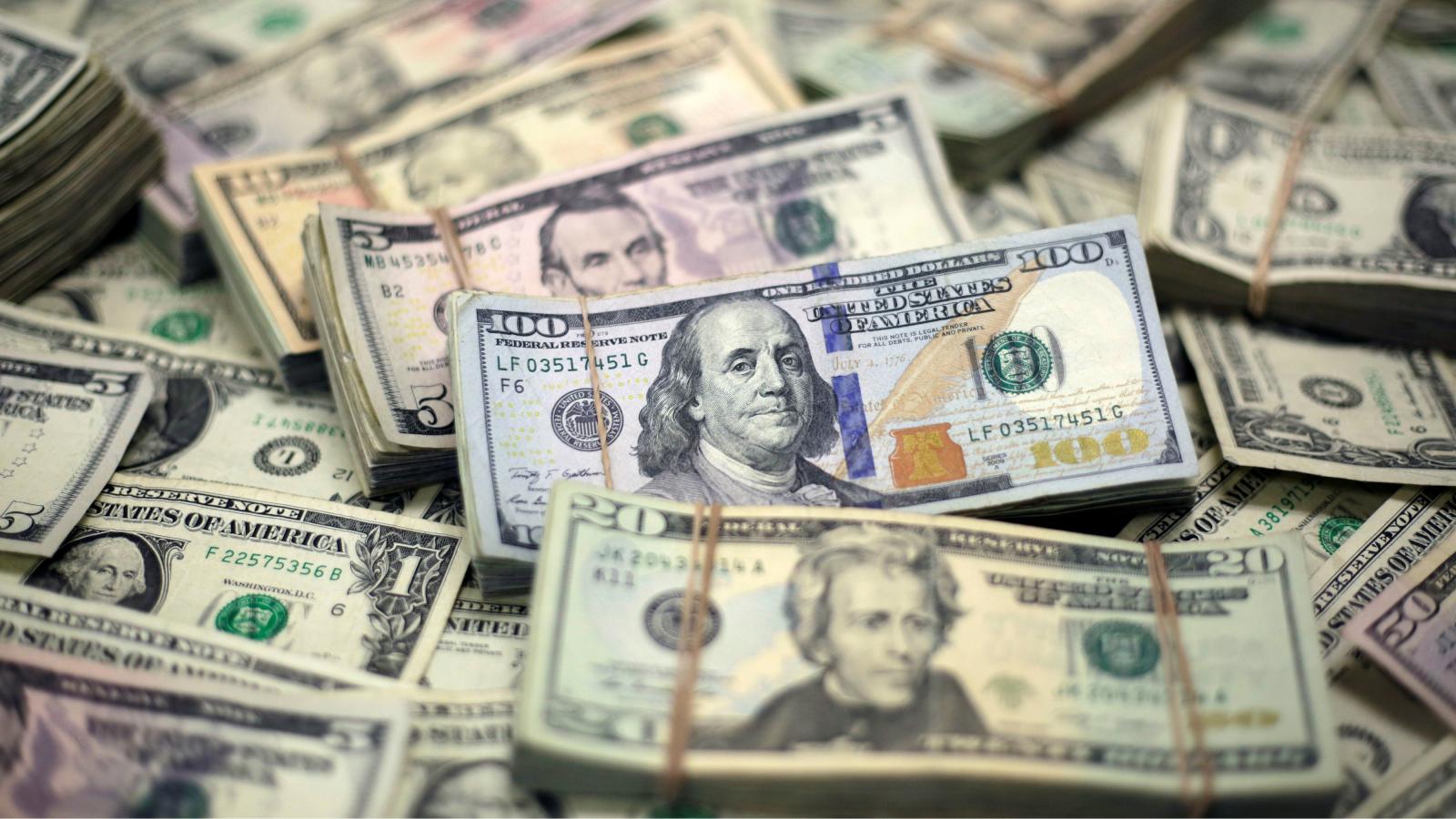 It is now common for thousands of families, across Nigeria, to be regularly blessed with foreign exchange remittances, from their children or relations who have abandoned Nigeria, in search of greener pastures abroad. Notably, such remittances to Nigeria now reportedly exceed $25bn annually.

This value exceeds 50 per cent of Nigeria’s reserves of $40bn, and also more than the Federal Government’s annual aggregate revenue in recent years. Instructively, therefore, if Diaspora remittances are sensibly infused into the economy, the considerable additional forex inflow, would strengthen the Naira exchange rate to bolster consumer demand and stimulate expansion in production and employment.

Conversely, however, despite the steady increase in Diaspora inflow, there is no observable positive impact, on Government’s annual expenditures or in the consumer expenditure of most households. Consequently, Diaspora remittances have, inexplicably, failed to meet the expectation that higher foreign exchange inflows would, bolster the economy of recipient nations.

Conversely, studies by various International Research Organisations, in fact, suggest that, with the exception of China and India, higher Diaspora remittances are often indicators of weaker and challenged economies!  Consequently, Nigerians may not ‘unduly’ celebrate increasing Diaspora remittances, which are identified as an abiding feature of failing economies.

Indeed, since Diaspora remittances seem to have become a double-edged sword, the moral of the link between higher remittances and lower GDP, is that such remittances, may, ultimately, actually deepen poverty, as it underscores an unceasing exodus of able-bodied and qualified professional migrants, who are compelled by, scarce employment opportunities and the ravages of high inflation rates and a weak currency, to presumably leave behind, the less ambitious, less able, and less qualified citizens who cannot migrate, to grow the home economy!

Evidently, the dollar reserves, that CBN regularly auctions to banks and also allocates at face value to over 3000 Bureau-De-Change operators and banks, are primarily derived from government’s dollar receipts from crude oil, and not from Diaspora remittances, which seem to have become an illusion as a National asset!

Incidentally, this writer recalls a chance meeting with a classmate, a few months back. My friend, was apparently agitated that, his bank always paid him $1=N305 for the monthly dollar remittances, from caring family members who live abroad. Furthermore, my friend was also clearly agitated, that he had, unexpectedly, become dependent on his children, because inflation and a crippled Naira rate have significantly eroded the value of the pension income that he consolidated, with great sacrifice before retirement. Furthermore, this friend, wondered why his bank does not pay him US dollar cash for these remittances, so that he could personally exchange same for much higher Naira rates in the open market. The gentleman clearly, felt betrayed by the system, as he observed that CBN does not forcibly auction its own dollars at N305 to $1; (i.e. about 20 per cent less than the BDC rate), so why must he be forced to change at such a huge discount? Ultimately, after several altercations with his bankers on the applicable exchange rate, he lamented, that he had given up and silently borne, what he described as a CBN approved scam!

Ultimately, my friend was advised to open a domiciliary account with any of the major Nigerian banks and was also assured that the foreign remittances from his children thereafter, will be deposited, within a week, into his personal domiciliary account, from which he could actually withdraw dollars, and change same, at the prevailing N350-360=$1 Bureau-De-change rate. Naturally, my friend, wondered why his bank did not, for so long, also inform him about this simple way out, but however, now suspects that the Money Transfer business brazenly rips off the actual beneficiaries of dollar remittances, with the connivance of Local Banks.

Similarly, hundreds of thousands of aged Nigerians pensioners may have also been robbed of over 20 per cent of the real value of the dollars regularly remitted to them by their children and other well-wishers and relations abroad.

Evidently, the present almost $26bn of Diaspora remittances are warehoused abroad, and do not therefore supplement, the size of CBN’s regular dollar auctions, which have, clearly, failed to drive down the dollar price, even when extended dollar reserves cover, still remain domiciled with CBN!

Arguably, therefore, the official strategy of deliberately, sequestering Diaspora dollar inflow in overseas accounts, instead of the local forex market, is patently misguided and seriously injurious to our economy!

Regrettably, the requirement for agents to pay Naira for foreign denominated money transfers is underscored in paragraphs 4.3.1 and 4.3.2 of CBN’s Guidelines on International Monetary Transfer Services. For example, paragraph 4.3.1 demands that for inward money transfer services, a money transfer operator shall “make payments to customers only in Nigerian Currency in line with CBN regulation”;  while, paragraph 4.3.2 of the same Guidelines, demand that the Money Transfer Operator shall “use the prevailing exchange rate on the day the transfer is received”

Obviously, my classmate will not be so distraught, if it is only mandatory that the Money Transfer Operators (banks inclusive) should also adopt the “so-called” Bureau-De-Change rate for the conversion of the dollar sums, received from Diaspora Nigerians. But this is unfortunately, not so!

Furthermore, it is inequitable that CBN should, also, formerly allocate tranches of its dollar own reserves to Bureau-De-change operators, who do not add any meaningful value to earn such privilege, while parents and guardians who actually made tremendous sacrifice to educate and train their children, become forced to incur a 20 per cent loss on the foreign remittances from their benefactors who live abroad.

Clearly, for CBN to achieve its prime mandate of price stability, and improve the lives of Nigerians, it is absolutely necessary for the Bank to urgently restructure the Exchange Rate Payment Terms for Diaspora remittances, to reflect equity across all platforms for forex revenue and sales; arguably, in this process, stronger Naira rates will emerge and reduce or indeed totally eliminate the trillions of Naira annually wasted for payments of fuel subsidy; furthermore, the reported illicit daily outflow of 10million litres of fuel, allegedly smuggled across Nigeria’s borders daily, will also be eliminated, with a much stronger Naira rate!

Instructively, however, if Diaspora dollar remittances remain domiciled in overseas Nigerian bank accounts, the Naira sums paid, in exchange by agents and banks, to local beneficiaries, will continue to be sourced, easily from the same persistent excess Naira supply, that CBN ceaselessly unleashes in the money market, every time, Government’s dollar revenue is unilaterally substituted with Naira by CBN at arbitrary rates! Consequently, Nigerian banks and their overseas agents ultimately become the inheritors of the $25bn Diaspora remittance, which they can deploy, as they please, without need to repatriate these dollars to grow the Nigerian economy; ultimately, the loot from this RIP-OFF of the Nigerian people, may be invested in huge assets abroad or will be safely tucked out of sight, in protected offshore secret accounts, which have become the graveyards for funds looted primarily from African origins!