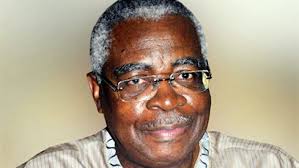 The United Kingdom-based gas company, Process and Industrial Developments Ltd (P&ID), initiated the controversial gas flaring contract with the Federal Government under questionable circumstances, it was learnt on Thursday.

According to reports, the project initiation was characterised by manipulation, underground politics and operational manoeuvring.

Billionaire businessman Gen. Theophilus Danjuma had questioned the integrity of P&ID chairman, Michael “Mick” Quinn, who bypassed him to initiate the deal, despite getting $40 million takeoff funding from him.

Gen. Danjuma according to a news medium, was upset with Quinn when he found out he had applied for the contract without his consent.

P&ID was one of the 13 firms granted concessions to build plants that would end gas flaring in the Niger Delta. The project, initiated in 2008, but signed in 2010, was meant to end flaring by using oilfield gas to generate electricity.

The project failed, following government’s inability to secure any waste gas from oil companies and link up the necessary pipeline. The plant was never built.

Gen. Danjuma was quoted as saying that the gas flaring project was originally his idea, recalling that one of his companies, Tita-Kuru Petrochemicals Ltd, spent $40 million preparing it and not Quinn.

The Irishman had been a consultant, using Danjuma’s funds and office space, the general said.

When Quinn applied for the contract himself, Danjuma was upset.  “The realisation dawned that “my consultant was going to steal my project,” a Business journal quoted him as saying.

Danjuma was later promised a share of P&ID in return for his initial investment, which he declined.

He had no link whatsoever with the company.

The former Minister of Defence said he hadn’t heard from the company in many years and at one point, dusted off his hands to emphasize the relationship’s end.

But, Gen. Danjuma’s discontinuation with the deal did not stop P&ID’s team from proceeding with it.

In 2012, P&ID notified the oil ministry that it was suing for breach of contract in a London arbitration forum. After a set of closed legal proceedings, judges awarded P&ID $6.6 billion, one of the biggest amounts a company has won from a sovereign state.

But, controversies have always trailed Quinn’s businesses in Nigeria and across the world.

Quinn, who grew up in Drimnagh, a tough neighborhood in Dublin, started working in Nigeria as oil trader around ’70s.

On the basis of largely unchallenged evidence provided by P&ID, the judges dismissed Nigeria’s objections and awarded damages.

Quinn’s company agreed to settle for $850 million, but the government of President Muhammadu Buhari rejected it.

In January 2017, they awarded P&ID the profits they calculated it had missed out on because the plant wasn’t built: $6.6 billion, more than three times its original estimate of losses.

A ruling in London didn’t guarantee payment, though. P&ID’s lawyers took the judgment to several hedge funds that specialize in wringing cash from bad debts, according to someone familiar with the conversations. Records show they found at least one taker: VR Capital Group Ltd.,  a fund manager with offices in London, New York, and Moscow.

Quinn also worked in Ireland. In 1979 he and a partner, Brendan Cahill, formed an umbrella company, Industrial Consultants (International) to oversee their interests. They began working with the government, for example getting a public grant worth $450,000 to start a videocassette factory near Dublin. The project went bust within two years.

One of the closest was Albert Reynolds, who became prime minister in 1992.  Reynolds was promoting Kent Steel, one of Quinn’s companies, as a potential savior of Irish industry. Kent had recently won three million Irish pounds (about $4.3 million at the time) from the European Union to explore cleaner technology for making steel—potentially a huge boon. Instead, the project produced nothing but some sketches and a bunch of debris.

Joe McCartin, a former member of the European Parliament, said he raised concerns with an EU official that the deal was a scam and was told, “Don’t worry. Your prime minister, Albert Reynolds, knows all about the project.”

The EU eventually decided to probe the grant, but the probe was eventually closed without penalty.

Quinn’s name came up again during a nationwide corruption inquiry in Ireland. The Mahon Tribunal lasted for 14 years, compiling evidence of graft on an epic scale.

Neil Murray, a friend of 30 years, who was involved in several Quinn projects there, said Quinn knew some Nigerian past presidents.

Among the projects Murray was involved in was a contract to repair and upgrade 36 British-made Scorpion tanks at an abandoned plant at Bauchi, capital of Bauchi State.

For one contract, a spinoff from the main deal, his company sought to supply about 4,000 rounds of tank ammunition made by Belgian defense company, Mecar SA.