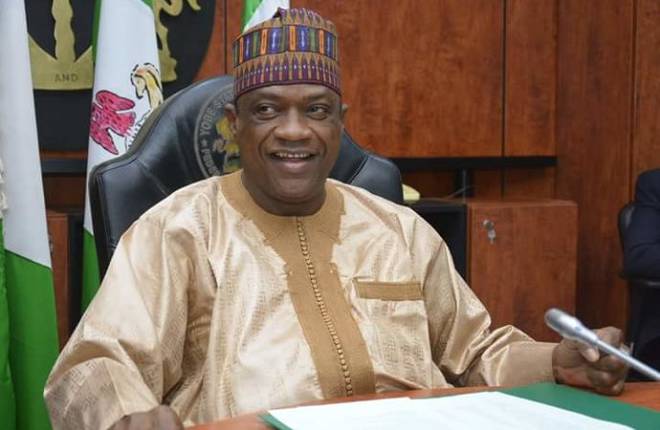 A day after he took the oath of office as executive governor of Yobe State, Mai Mala Buni has tied the knot on Thursday.

The bride, Ummi Adama Gaidam, is the daughter of the immediate-past governor of Yobe State, Ibrahim Gaidam. The bride, who currently studying in Saudi Arabia, is coming as the third wife.

Insiders said it was Mr Buni who sought the hands of Ummi in marriage without initially the knowledge of her father in order to strengthen their political relationship.

It was reliably gathered the lowkey marriage was solemnized at Mr Gaidam’s residence at Sabon Fegi area Damaturu, the state capital.

“The bales of kolanut were presented yesterday, and the wedding Fatiha took place today in the presence of a few family members,” said a family source who preferred anonymity.

Mr Buni, the immediate-past National Secretary of the ruling party, All Progressives Congress, APC, was anointed by Mr Gaidam to succeed him as governor. He was sworn-in on Wednesday by the state Chief Judge, Justice Garba Na Baruma. – Daily Nigerian