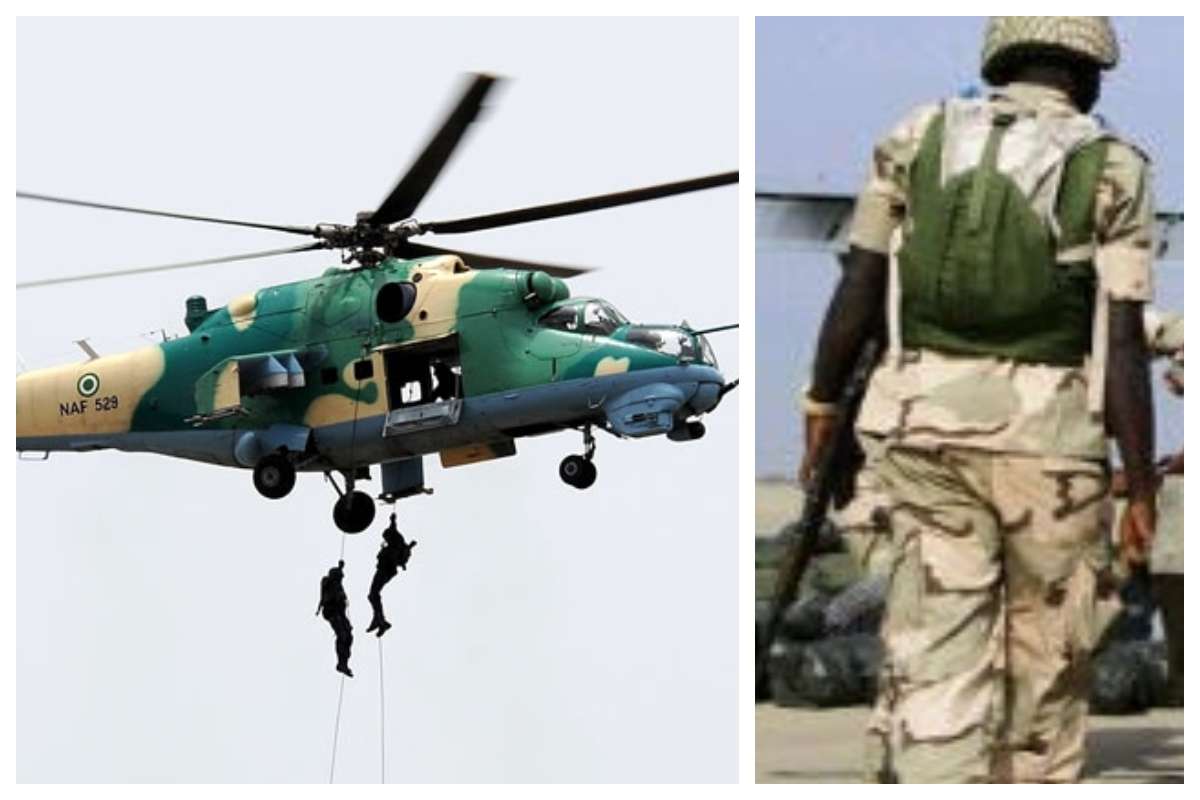 Fighter jets of the Nigerian Air Force (NAF) have killed scores of terrorists on the fringe of Lake Chad in northern part of Borno State.

The terrorists fell to the bombardment of their hideouts by NAF jet fighters.

Also destroyed in the attacks were operational vehicles belonging to the Islamic State of West African Province (ISWAP) fighters hidden under trees.

A statement by NAF’s Director of Public Relations and Information, Air Commodore Ibikunle Daramola, said: “The Air Task Force (ATF) of Operation Lafiya Dole has destroyed an ISWAP terrorists’ hideout and neutralised some of their fighters at Arrinna Ciki on the fringe of the Lake Chad in the northern part of Borno State.

“This was accomplished through air strikes conducted on November 1 and 2, 2019, following intelligence reports indicating that the terrorists were using the settlement as a staging area to launch attacks against own forces.

“The air strike on November 1 was initiated when a NAF Intelligence, Surveillance and Reconnaissance (ISR) platform, on confirmatory reconnaissance mission, spotted some ISWAP vehicles under some trees in the area.

“Accordingly, the ATF scrambled its fighter jets to attack the location, recording successful strikes to immobilise the vehicles. Similarly, a follow-up attack was executed on November 2 after significant activity was observed in another part of the settlement.

“This occasioned the detailing of attack aircraft to engage the identified areas, resulting in the destruction of some terrorists’ structures as well as the neutralisation of some of their fighters.

“The NAF, operating in concert with surface forces, will sustain its efforts to completely destroy all remnants of the terrorists in the Northeast.”