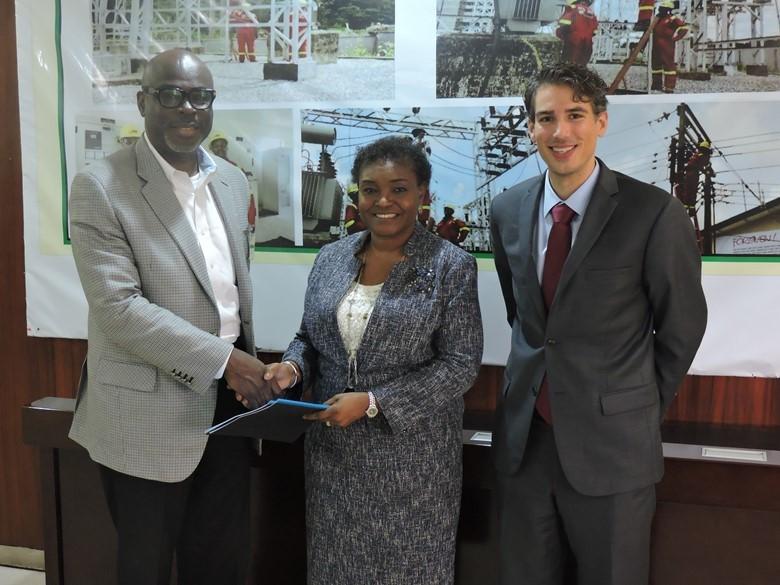 The move the company says is a bold step towards connecting communities in its franchise states without electricity supply.

It is part of the moves by the power distribution company to boost power availability to customers in communities within its franchise area.

Based on this, BEDC is expected to facilitate the choosing of locations for mini-grid solar power.

According to the MoU, Rubitec is expected to construct solar mini-grid facilities within BEDC’s licensed area of coverage, while RMI will provide expertise in developing renewable electrical solutions and advise implementation of a pilot mini-grid in the chosen location.

While expressing delight at the partners based on their pedigree, the BEDC CEO said the mini-grid initiative was also necessitated by the need to reduce dependency for power supply to customers through the Transmission Company of Nigeria (TCN) source, saying that one community in Edo State would be used as a pilot for the project before it is extended to other locations.

According to her, the project will entail an interconnected mini-grid using BEDC distribution lines in the selected locations to distribute solar power to the residents in the communities who are also expected to sign contract agreement with the suppliers.

The agreement will be completed after the joint visitation by a combined team of BEDC staff and officials of the partnering firms to assess the situation on ground at the locations and determine the feasibility and commencement date of the project.

The MD of Rubitec, Mr. Bolade Soremekun, in his remarks said: “Rubitec is very happy to sign this MoU to partner with BEDC and RMI to bring solar mini grid electricity to communities within the franchise area who are unserved or underserved.

Collectively, Rubitec and our partners are proud to execute the pilot project to provide more knowledge and insight to the interconnected mini-grid space so as to enable more rapid scaling of the concept and model all over Nigeria.

RMI is excited to support BEDC and Rubitec in this effort, said Mr. Sherwood, and sees this as a tremendous opportunity to test a new model for delivering clean, reliable, and affordable power to customers. This will build on the mini-grid implementation work already being done by the Rural Electrification Agency and others across Nigeria,and can directly support development of local economies while providing insight that will benefit the entire industry.

Whilst Edo State is the pilot take-off point, other proposed and feasible locations are being explored for pilot take-off in Ondo, Delta, and Ekiti States, which are within BEDC franchise states.