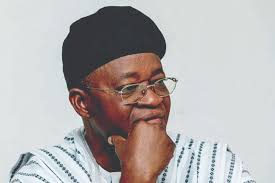 The court of appeal in Abuja has ruled that Gboyega Oyetola of the All Progressives Congress (APC) is the winner of the Osun state governorship election.

At its sitting on Thursday, the appellate court nullified the judgement of the election tribunal declaring Ademola Adeleke of the Peoples Democratic Party (PDP) winner of the election.

Adeleke was declared winner by the election tribunal after he went to court to challenge the election victory of Oyetola, as announced by the Independent National Electoral Commission (INEC).

The tribunal ruled that the rerun election conducted in the state after the initial poll was illegal.