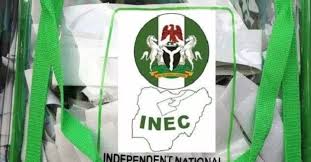 YIAGA Africa, a civil society organisation (CSO), says there are indications that the results of the Bayelsa state gubernatorial election were manipulated.

The Independent National Electoral Commission (INEC) had declared David Lyon, candidate of the All Progressives Congress (APC) in Saturday’s exercise, as winner of the election.

Faraday Orunmuwese, vice-chancellor of the University of Benin and returning officer for the election, said Lyon polled 352,552 votes to defeat Duoye Diri, his closest rival and candidate of the Peoples Democratic Party (PDP), who scored 143,172 votes.

But in a statement on Monday, YIAGA, which had earlier announced that it could verify if results declared by INEC reflect the votes cast, said there were inconsistencies in the Bayelsa election.

“INEC has now released results for the Bayelsa governorship election without holding elections in all polling units. INEC announced 352,552 votes or 71% for APC and 143,172 or 29% votes for PDP,” the statement read.

“As stated in YIAGA AFRICA preliminary statement, the PVT is not able to independently verify, regardless of the outcome, who won the Bayelsa gubernatorial election because elections did not occur in 61 of 250, or approximately 24%, of sampled polling units. This reduces the PVT sample and therefore YIAGA AFRICA cannot verify the outcome of the result.

“Similarly, INEC announced that PDP received 143,172 or 29% of the vote while the PVT estimated range is between 52% and 37% meaning that the smallest vote share PDP could have received is 37%.”

YIAGA shed more light on the methodology used in covering the election and also asked INEC to audit the result of the poll.

It also called on the national assembly to priortise electoral reforms, challenging President Muhammadu Buhari to “leave a legacy of reforms that will end electoral impunity, strengthen democratic institutions and deepen the culture of democratic accountability”.

“For example, Brass LGA has 8.80% of all the polling units in Bayelsa (159 of 1,804) and 8.80% (22 of 250) of the sampled polling units are in Brass LGA. While not identical, the percentages for every LGA are very close, clearly demonstrating that the PVT sample is representative of the entire state.

“Those found responsible, from INEC, political parties, security agencies, or any other body, for either preventing a polling unit from opening or manipulating the results during the collation process must be held accountable and brought to book.

“The culture of impunity in Nigeria must end. Further, Nigeria needs to retool her legal framework to address the duality of jurisdiction of courts and timeline for the determination of pre-election cases.”