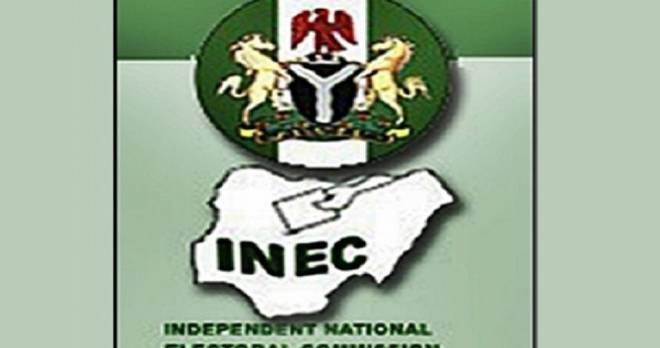 Dignitaries, including the Inspector-General of Police, Muhammed Adamu, the Chairman of the Independent National Electoral Commission (INEC), Professor Mahmood Yakubu, along with National Commissioners of the INEC were on Tuesday teargassed while policemen were trying to put down an uproar.

The stakeholders’ meeting/signing of peace accord among political parties and candidates, organised by the Independent National Electoral Commission (INEC), with senior police officers and loads of their well armed men on standby, was almost disrupted when those suspected to be thugs of the ruling party, used force to prevent the governorship candidate of the Social Democratic Party (SDP), Natasha Akpoti, from entering the venue of the event.

It was a rowdy situation for close to twenty minutes at the main entrance of the event’s venue, where the two groups (those who wanted to bring the candidate in and those trying to prevent her entrance) struggled to gain control of the entrance.

However, as neither of the two groups yielded ground and would not listen to entreaties from security agents, policemen on guard duty fired a couple of teargas cans to disperse the contending groups, at the door. The effect of the teargas spread into the event’s hall, affecting all occupants, including the IGP, who was seen covering his nose.

However, while the fight was on and the whole place was in commotion, the INEC continued with the business of conducting the peace accord signing, to which 17 political parties, including the ruling All Progressives Congress (APC) and the main opposition parties, led by the People’s Democratic Party (PDP).

Trying to give a background to the rowdiness, the spokesman to the INEC Chairman, Mr Rotimi Oyekanmi, explained that Akpoti arrived late to the event, as it was well into its conduct when the fight outside the door started.

He, however condemned the attack on the candidate, whose candidacy was recently affirmed by a court.

“We are inside the hall and wouldn’t know what is going on outside. One thing is sure: she did not arrive in good time as at the time the event started, but that is not enough reason for anybody to prevent her from coming inside. She has a right to take her place inside the hall.

“We have heard that she is outside and efforts are currently being made to bring her inside the hall. We need her to sign the Peace Accord, the process of which is currently on.

“We asked the Legal Officer of our Kogi State Office to go outside the hall and look for Natasha Akpoti, but he came back and reported that he searched the entire premises but could neither locate her nor her entourage.

“Now, the representative of the SDP inside the hall was asked to endorse the Peace Accord, but he refused”, Oyekanmi explained.

Meanwhile, candidates of opposition political parties have raised the alarm over what they described as continued intimidation and oppression of their chieftains and members.

Governorship candidate of the PDP, Engr. Musa Wada, while speaking at the event demanded that the Inspector-General of Police to intervene in the plight of the opposition in Kogi state, saying their members are afraid for their lives.