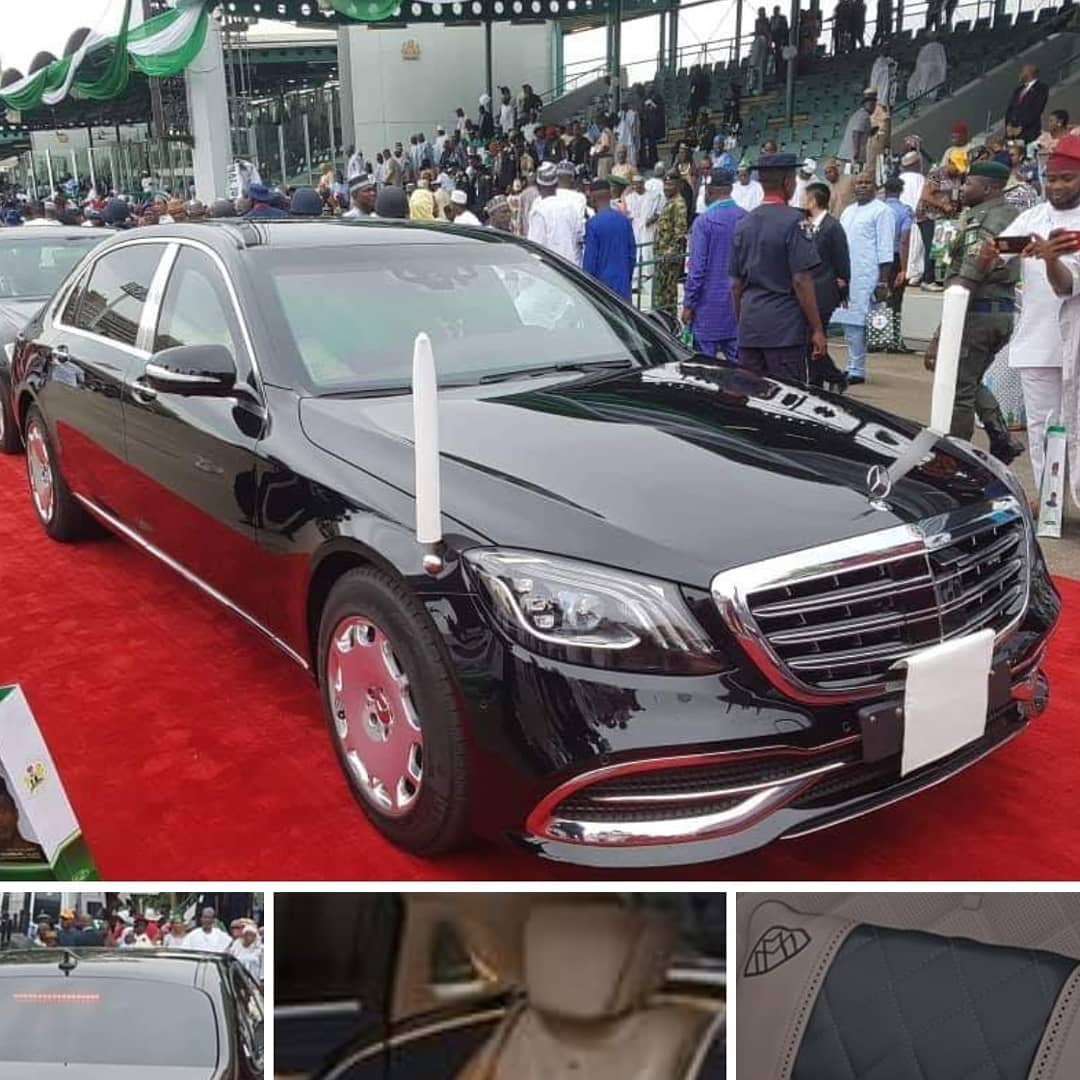 So many activities headline the second term swearing-in ceremony of President Muhammadu Buhari but one of the other silent things is a new Mercedes Benz car unveiled by the President today.

The 2019 Mercedes-Benz S-Class S 560 was part of the fleet of cars that brought the President to the Eagles Square for the swearing-in ceremony.

Buhari, in company of his wife, Aisha Buhari, were occupants of the new 2019 S560 Benz.

Checks by SaharaReporters reveal that the 2019 Mercedes-Benz S-Class S 560 was specially designed for the president.

The unveiling of the N61m car acquired by President Buhari is coming less than 24 hours after he submitted his asset declaration form at the Code of Conduct Bureau.

The Presidency had said the forms signed by the President and sworn to before a Judge of Abuja High Court, showed no significant changes in assets as declared in 2015 by him.

The asset declaration form of Buhari never made mention of a 2019 Mercedes-Benz S-Class S 560.

“There are no new houses, no new bank accounts at home and abroad and there are no new shares acquired,” Garba Shehu, Senior Special Assistant to the President on Media and Publicity said.

In 2015, Shehu listed 270 cows, 25 sheep, five horses, birds and economic trees, five houses in Kaduna, Daura, Kano and Abuja, a plot of land each in Port Harcourt and Kano; farms, an orchard, and some cars while he owned a mud house in Daura, as Buhari’s assets. – Daily Independent