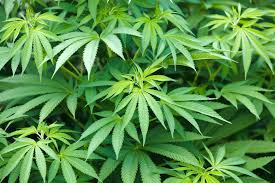 This was contained in a document issued on Thursday at the end of the two-day National workshop on the implementation of 2019 Ministerial Declaration of the Commission on Narcotic Drugs (CND) in Abuja.

The document, which was signed by the head of public affairs of the NDLEA, Mr Jonah Achema, stated that the law prohibiting cannabis cultivation or dealing has not been repealed.

The workshop was a follow-up to the 2019 Ministerial Declaration of the Commission on Narcotic Drugs (CND) held in Vienna, in March.

The last session on the CND, Ministers of member states made affirmative declaration to strengthen actions at the National, regional and international levels to accelerate the implementation of joints commitment to address and counter the world drug problem.

“Contrary to reports, the agency has not granted license or approval to any person or corporate organisoation for the cultivation and production of medical cannabis oil and powder.

“The Agency will continue to exert its efforts to take all illicit Cannabis off the streets in the country.

“It is important to inform the public that as part of our efforts to reform drug control in the country, our operations are gradually shifting from reactive policing to intelligence led policing.

Abdallah, however, said that the World Drug Problem requires more dynamic and robust strategies and called for concerted efforts at all levels.

“Ever since the 2009 Political Declaration, the drug problem in Nigeria and other parts of the world rather than abate has escalated in length and bounds.

“In Nigeria, the drug problem has shifted from the transit status for cocaine and heroin and cannabis cultivation to methamphetamine production and a use of drugs of different types including psychoactive medicines, especially Tramadol and cough syrup containing codeine,” he said.

The NDLEA chairman said that the global consensus was that the implementation of the commitments in the past decade was such that there were still gaps in the execution of the plan and action on international cooperation towards an integrated and balanced strategy to counter the problem of drugs.

“We still have drugs assailing public health and safety. We are daily confronted with a plethora of social problems resulting from drug abuse.

“The 2019 World Drug Report painted a frightening global picture of drug challenges, underscoring the need for broader international cooperation to advance balanced and integrated health and criminal justice responses to supply and demand.

“The report shows that prevention and treatment continue to fall short in many parts of the world, with only one in seven people with drug use disorders receiving treatment each year.

“The report also shows that people who use drugs are now 30 per cent higher than it was in 2009, and a higher prevalence of use of opioids in Africa, Asia, Europe and North America compared with the 2009 prevalence rate.

“The 2018 Nigeria Drug Use Survey Report released by the United Nations Office on Drugs and Crime, UNODC reveals a pervasive drug use problem in the country.

“The report puts the drug use ratio at 14.4 per cent among age group of 15 to 65 years of our population, indicating that 14.3 million Nigerians have come in contact with drugs within that year alone,” he said.

The Secretary to the agency, Shadrach Haruna, affirmed that Nigeria would continue to participate in regional, multi-national, joint operations and remain open to enter into more MOUs with counties and other international entities on different drug control Initiatives.

“We have noted with great concern the effect of cannabis trade and its use in the country and we reaffirm its non legalisation.

“Over 5,073.658 hectares of cannabis farmland were discovered and destroyed by the NDLEA between 2015-2018 despite stiff resistance by farmers.

“1st quarter of year 2019, over 8.6kg of methamphetamine, 4.2kg of cocaine, 1.4kg of heroine were seized and 8 suspects including foreigners were arrested in Japan, Australia, South Africa and Hong Kong respectively.