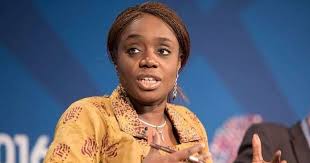 Nigeria’s Minister of Finance, Mrs. Kemi Adeosun has resigned from her position, THEWILL can authoritatively report.

A senior aide of the Minister confirmed her resignation to THEWILL anonymously Friday, saying she resigned following the controversies surrounding her NYSC certificate.

“The Hon. Minister toed the path of honour by choosing to step down so that her NYSC Certificate issue is not used against the president and the party during the general elections by the opposition. It was a decision she took and posterity will judge her positively for doing the honourable thing by resigning from office,” the aide said.