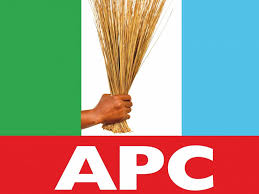 It is travesty of justice, says APC

A Federal High Court sitting in Yenagoa, on Thursday caused upset in Bayelsa State ahead of the Saturday governorship election following its judgement nullifying the primaries of the All Progressives Congress (APC) that produced Chief David Lyon as the party’s candidate.

In a judgement that shocked even lawyers of the plaintiff and former Minister of State for Agriculture, Heineken Lokpobiri, the court presided over by Justice Inyang Jane, held that the primaries were conducted outside the guidelines of the party.

Lokpobiri in the suit prayed that he won the primaries of the party and should be declared the authentic candidate of the APC.

The former minister in all the reliefs he sought in the suit asked the court to compel INEC to accept him as a candidate and make an order stopping Lyon from parading himself as the APC candidate.

But delivering her judgment, Inyang held that Lokpobiri and Lyon were not qualified to fly the flag of the party since the internal poll was not conducted in line with the party’s guidelines.

Making consequential orders, Inyang restrained the Independent National Electoral Commission (INEC), from including Lyon as the APC candidate in the poll.

She said based on the guidelines of APC, the results of the primaries should have been declared by the returning officer for the pre-election, Gov. Mai Kala Buni of Yobe and not Sen. Emmanuel Ochega, Secretary of the election Committee.

Inyang ruled that the APC violated its own rules in the composition of the election panel when it constituted a one-member committee and not seven members as stipulated in the party rules.

She said: “It has been established by judicial authorities and several judgments that political parties are bound by their own rules, the committee that conducted the primary threw caution to the winds and it is my ruling that the primaries stand nullified.

“The results announced by Sen Emmanuel Ochega is not valid as he is not the returning officer for the election. And I make an order restraining INEC from recognising any of the aspirants that participated in the said primaries”.

Speaking after the judgement, the lawyer to Lokpobiri, Olorogun Fitzgerald said there was no relief sought by his client that was in line with the judgement of the court.

“The judgement is strange. We are going to do the needful. But for now the APC has no candidate based on the judgement of the court”, he said.

Also Speaking, the Lawyer to APC, Sydney Ibanichuka said: “What has happened is a travesty of justice. It has been said time without number that the court is not a Father Christmas. The court cannot discharge or give orders that are not prayed for by parties.

“There were documents attached which showed that everything and action taken in respect of the primaries conducted was done in line with party guidelines and regulations and in no way fell short of extant provisions of the law.

“So, the court going ahead to give orders that were not asked for or prayed for by either of the parties is to say the least a travesty of justice. In the circumstances, we on our part as lawyers are going to take steps known to law and definitely we will challenge the outcome of this judgement”.