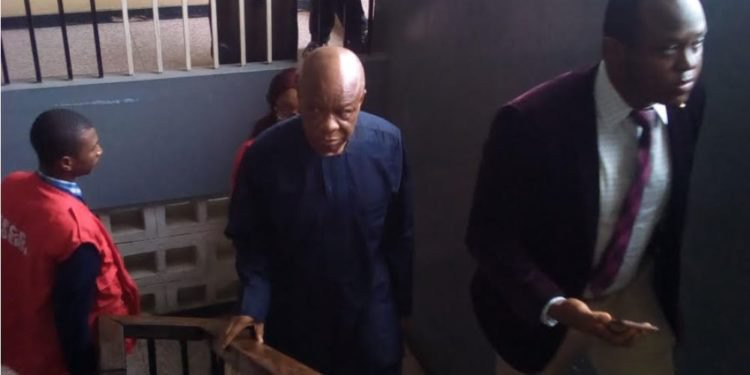 A Federal High Court sitting in Lagos, has remanded Professor Maurice Iwu, former chairman of the Independent National Electoral Commission (INEC), in custody of the Economic and Financial Crimes Commission (EFCC), till Friday when his application for bail will be heard.
EFCC today arraign Iwu before Justice Chuka Obiozor of the Federal High Court Sitting in Lagos, over allegations of money laundering to the tune of N1.2 billion.
In the charge filed against the former INEC chairman, the EFCC alleged that Professor Iwu aided the concealment of the sum of N1, 203,000,000 between December 2014 and March 2015.
The sum was said to be in the bank account of Bioresources Institute of Nigeria Limited and domiciled in the United Bank for Africa, UBA Plc.
The money is believed to be part of the N23.29bn slush fund allegedly shared by former petroleum minister, Diezani Allison-Madueke, to influence the outcome of the 2015 presidential elections.