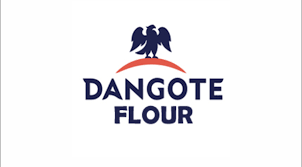 The 2016 financial year was quite the profitable one for Dangote Flour Mills Plc, a marked departure from 2015 when it made losses. Not only did growth indices and profitability ratios improve drastically over the preceding year’s, they also competed favourably against industry standards for the period.

While the Dangote Flour Mills stock wasn’t able to pay its shareholders any dividend for the 2016 year, as it is still recovering from its accumulated losses, we still recommend a buy of its stock for those who have the wherewithal to do so. This is because its stock is fair priced and reflects the true potential of the company.

Those who purchase the stock must however be prepared to wait a bit and give the stock room to appreciate, and for the company to commence the payment of dividend again.

The company earned much more revenue in 2016 than it did in 2015. Revenue for the year was N105.7 billion, 120.2 per cent more than the N48.0 billion recorded in 2015. This is as compared to a growth rate of 17.1 per cent in the prior year. It should be noted however that the company’s financial year for 2016 ended in December while that of 2015 ended in September, thereby amounting to 15 months of operation rather than the usual 12.

It is also important to note that the company had expended significantly more on cost of sales to achieve the level of sales that it did. Finance costs also increased over that of the prior year.

The flour company then recorded positive pre and after tax profits, in contract to the preceding year when it recorded losses rather than profits. Profit before tax was N11.8 billion, 194.4 per cent more than the loss of N12.5 billion recorded in 2015. It also recorded a 183.5 per cent growth in after tax profit during the course of the year, with the after tax profit growing to N10.6 billion from a loss position of N12.7 billion in the prior year.

Earnings per share (EPS) was thus predictably higher than that of the prior year. At 212 kobo, the EPS is as compared to the loss per share of 251 kobo recorded before. There was no dividend.

Because of higher revenue and profit profiles for the year, profitability ratios took an upwards swing during the course of the year. Because of these growths, profit margin (which measures a company’s ability to squeeze as much profit as is possible from income) improved to 11.2 per cent from a loss margin of 26.0 per cent before. Analysis shows that for every N100 earned by the company in the course of the year, it recorded a profit of N11.20, a significant improvement over the loss of N26.00 recorded in the preceding year.

The company performed very well in 2016, especially in terms of return on assets (ROA) and return on equity (ROE) when its results are compared with those of the prior year.  . ROA for the year was 14.9 per cent, much better than the negative 25.4 per cent recorded in the prior year. ROE also followed the same different pattern, improving to 44 per cent in 2016 from negative 422.6 per cent in 2015. These results were much higher than what most other companies recorded for 2016.

This means that the company’s assets and equity contributed considerably to pre and after tax profits, as compared to the preceding year when they contributed losses rather than profits.

Despite the harsher Nigerian economic climate, the company employed more employees during the course of the year and its employee number increased to 1,615 from 1,389. Earnings per employee then improved to N65.51 million on the average, up from N34.56 million in 2015. This is indicative of both employee productivity and company efficiency.

Dangote Flour’s great results also extended to its capital adequacy during the course of the review year. Capital adequacy in 2016 was higher than that of the prior year, and also competed favourably against industry standards for the period under review.  At 76.6 percent, and radically different from the negative 529 per cent result recorded in the prior year, the company’s result is now high enough to suggest that its financial strength in the future is better.

As per the liquidity position of the company, it is now able to convert assets into needed funds faster as it did before. During the course of the review year, its current ratio improved to 1.05 times, higher than 0.43 times before. This suggests efficiency of the company’s operating cycle and its ability to turn its products into cash. The company had a debt to equity ratio of 2.26, and this shows that the company is using N2.26 of liabilities in addition to each N1.00 of stockholders equity. In other words, the company is using N3.26 of total capital for every N1.00 of equity capital, much lower than the N17.90 recorded in the prior year.

For the review year, the company retained a hundred per cent of its profit, and chose not to pay shareholders any dividend. With a profit margin of 11.2 per cent, a retention ratio of one, an asset turnover of 1.35 times and an asset to equity ratio of 3.3, the company had a sustainable rate of 49.9 per cent. This means that using only the resources it generated, the company had the capacity to grow by a whopping 49.9 per cent during the course of the year. It however grew faster, as indicated by its actual growth of 120.2 per cent. This is a commendable feat.

Our analysis determines that it the Dangote Flour stock is fair priced. It is one of the very few stocks on the Nigerian Stock Exchange that is selling at about the right price it should. Currently trading at a share price of N6.38 (as at September 29 2017), net assets per share is N6.40, about the same value as that of the current market price. This is a clear indication of being fair priced. Secondly, the book value to market value ratio is very close to one, another clear indication of being fair priced. While book value is N24.2 billion, the market value is a much lower N23.4 billion. It is obvious that the company is currently trading at what it is worth in reality. This also indicates being fair priced. We recommend a buy at this price.

From an initial installed capacity of 500 MT per day at its Apapa mill, Dangote Flour has expanded rapidly by opening, in quick successions, three other flourmills in Kano (2000), Calabar (2001) and Ilorin (2005).

Our analysis shows that this was a good year for Dangote Flour. It was finally able to shake off the weight of its accumulated losses to turn a profit. While this change in fortune hasn’t yet led to dividend payment to shareholders, we hope it will do so for the 207 financial year.