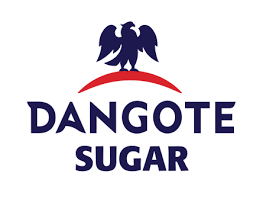 The company was able to weather Nigeria’s uncertainties in 2016 better than a lot of other companies did, and the recession did not have a down turning effect on the company’s profit. It recorded a profit, and such profit was significantly higher than that of 2015. This had a buoying impact on both profitability ratios and dividend payment to shareholders.

We expect that the company should be able to carry its good performance into 2017, and record another astounding year, result wise.

For its 2016 financial year, Dangote Sugar recorded a growth in most of its parameters. First, the company’s ability to earn income during the course of the year improved, and its gross earnings grew by 68 per cent to N169.7 billion from N101 billion in the prior year. This 68 per cent growth rate is as compared to a growth rate of 6.3 per cent in 2015.

After-tax profit also grew over the preceding year’s level by 29.7 per cent, closing at N14.4 billion.

Earnings per share (EPS), at 120 kobo, was higher than that of the prior year. This EPS was 29 per cent higher than the 93 kobo recorded before. The company then declared a dividend of 60 kobo, up from 50 kobo declared in 2015.

While Dangote Sugar had a lower capital adequacy in 2016 than it did in the prior year, its result still overshot industry standards for the period under review.  At 85.2 percent, and lower than the 91.7 per cent result recorded in the prior year, the company’s result is however high enough to suggest that its financial strength in the future is still unshakeable.

As per the liquidity position of the company, it is now better able to convert assets into needed funds, recording a current ratio of 1.01 times in 2016, higher than the already high 1.07 times in the preceding year. This suggests efficiency of the company’s operating cycle and its ability to turn its products into cash.

For the review year, the company recorded an after tax profit of N14.4 billion, and chose to retain 50 per cent of it, declaring an equal dividend of N7.2 billion and retaining N7.2 billion for operations.  Thus, retention ratio was 0.5 times, slightly higher than the 0.46 times it was in 2015. With a profit margin of 11.5 per cent, a retention ratio of 0.5 times, an asset turnover of 0.95 times and an asset to equity ratio of 2.7, the company had a sustainable rate of 14.7 per cent. This means that using only the resources it generated, the company had the capacity to grow by 14.7 per cent during the course of the year. It however grew much faster than that, recording an actual growth rate of 67.9 per cent. This was a departure from the prior year when the company had a higher sustainable growth rate as compared to the actual growth rate.

Our analysis determines that it the Dangote Sugar stock is overvalued. First, nets assets per share is only N5.52, and this is less than half the size of the current market price (current market price as at October 20 is N14.02). This is a clear indication of overvaluation. Secondly, the book value to market value ratio is much lower than one, another clear indication of overvaluation. While book value is N66.2 billion, the market value is a much higher N164.23 billion.

Meanwhile, P.E ratio was a little high at 22.82 while earnings yield was low at 0.04, both indicators of overvaluation. It is obvious that the company is worth much less in reality than the price it is currently trading at.

While this stock is overvalued, it is however one that pays shareholders regular dividend. For an investor whose aim for investing is dividend, this may be the stock to buy.

Dangote Sugar Refinery Plc is a household name in the sugar refining sector of the Nigerian Food and Beverage Industry. Its sugar refining facility at Apapa is the largest in Sub-Saharan Africa, with 1.44MT per annum installed capacity.

The company’s main activity is the refining of raw sugar to make high quality Vitamin A fortified and non- fortified granulated white sugar. It also cultivates and mills sugar cane to finished sugar from its subsidiary, Savannah Sugar Company Limited.

The business provides key value added support services for customers including logistics, supply – chain management, credit and risk advice, sales and merchandising. The refining operations are supported by warehouses located strategically across the country and served by more than 400 trucks that take the finished products to the market.

Our analysis shows that the Dangote Sugar stock is one that pays dividend, so it is an ideal stock for the investor who is interested in a regular dividend income.