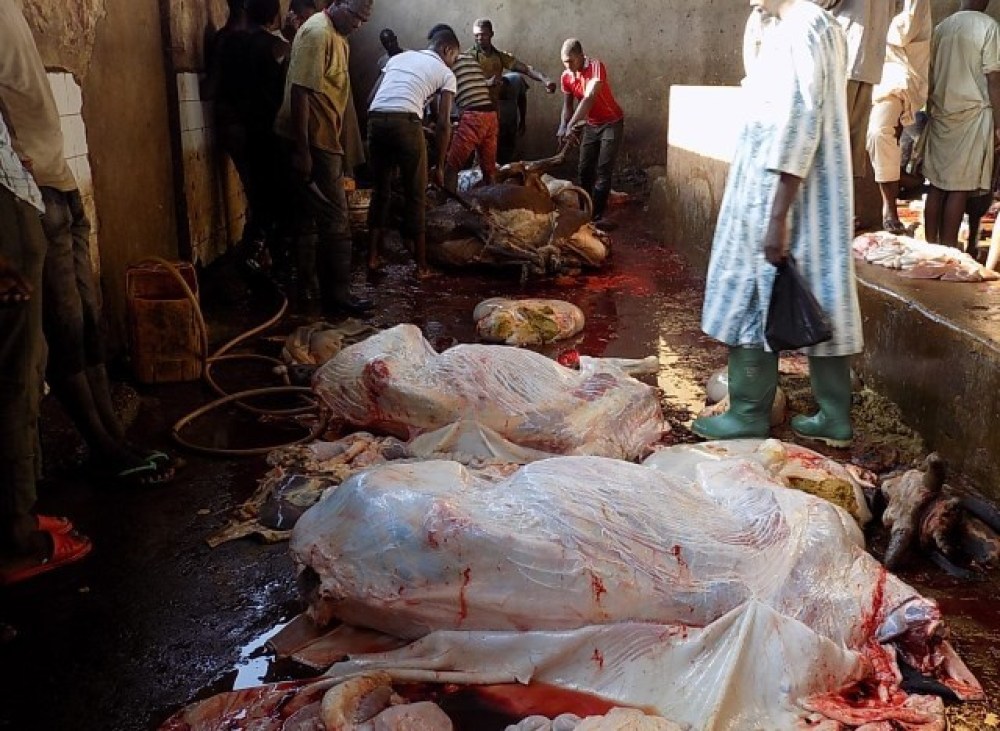 The Director of AEPB, Alhaji Baba-Sheu Lawal said that the act was unhygienic, harmful to human health and the environment.

Lawal, who was represented by the Head of Information and Outreach Unit, Mallam Muktar Ibrahim, gave the advice on Monday at the Cleanup of Karu Abattoir in Abuja.

Ibrahim said that AEPB paid a visit to Karu Abattoir to kick-start the commemoration of the 2019 World Environment Day which holds on June 5 annually to highlight the causes and ways to address air pollution.

The theme of the day was entitled “Beat Air Pollution’’.

The director said that AEPB chose to visit Karu Abattoir because many people were ignorant of the abattoir operations.

“We pay a visit to this abattoir because we have discovered that people use tyre to burn meat which is unhygienic to our environment and harmful to human health.

“It is the established facts that breathing in and out cannot be avoided but we are here to see how we can control the quality of air we breathe in,’’ he said.

Kata, who commended AEPB and other relevant stakeholders for educating abattoir operators against using tyre to burn meats, urged the government to assist in reforming the abattoir to meet best standard and practices.

The AEPB Head of Environmental Monitoring, Miss Rebecca Mamuen said that the board had constituted a team to inspect public places such abattoir, garage and others to ensure hitch-free environment.

Mamuen said that the team comprised of staff of AEPB, National Community Ethics and Value, Friends of the Environment and Centre for Peace and Environmental Justice.