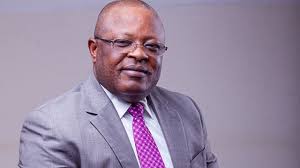 Governor David Umahi of Ebonyi has reiterated the commitment of his administration towards the eradication of cultism through the introduction of “whistleblowing” against cultism at all levels in the state. Executive Governor of Ebonyi state, Dr. David Umahi The Governor stated this during the celebration of Nigeria’s Independence and Ebonyi at 23 at Pa Ngele Oruta Township Stadium, Abakaliki. The Ebonyi State Governor who stated that though the state government through its empowerment programmes had done so much in ensuring that the state was liberated from cultism added that with the introduction of whistleblowing the fight will become more effective and result-oriented. UBEC establishes department to enhance teachers performance – ES Alaro City adopts innovative infrastructure building system as benchmark for new cities Building collapse: Architects’ council calls on state governments to adopt APRN initiative In his words, “We must continue to fight against cultism but let me say that the war against cultism has not started in Ebonyi State. “To the general public, it appears that we have won the war but to me, it appears that there is going to be a very intensive war against cultism in Ebonyi as there will be whistleblowers in this. “When you have identification of anybody doing cultism and you get us through whistleblowing, you will have a reward and through this means, we will completely eliminate cultism in our society”. The Governor had in his first tenure declared zero tolerance for cultism in the state as he urged those in practice of cultism to desist and denounce the same at Christ Embassy Church.