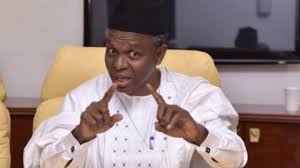 He said the first two editions of the festival have proven it to be a vital mix of global ideas and conversations, adding that ‘our aspiration to institutionalise Kabafest is being attained.’

Governor El Rufai who spoke at the opening ceremony of this year’s Kabafest in Kaduna on Wednesday was represented by his deputy Hadiza Sabuwa Balarabe.

“Kaduna state embraces its diversity and views literature as one of the most important channels that we can use to explain ourselves first internally and to the world; build a sense of common community.

“The creative arts are in themselves sources of economic dynamism. The Nigerian film industry and our musicians are breaking new grounds and demonstrating sustained visibility,” he added.

According to him, the state seeks more creative arts not only to nurture minds but also to create wealth for the people.

Apart from books, he said, the state’s creative arts programme seeks to promote film, music, and art in general.

“We have staged two editions of Kaduna Music Festivals bringing musicians from across the country. We were able to stage a colourful Durbar to mark the centenary of Kaduna city in 2017. ” he said.

South African writer Natalia Molebatsi has on behalf of her country apologised to Nigerians for the ongoing xenophobic attacks of foreigners in South Africa.

She stated that she does not know if she should take responsibility but that such crisis which happens in the world has found it’s way to South Africa and seems to be devouring the black people and women especially.

“And it looks like we are always the responsible ones; the ones who are available for violence to unleash itself into our skins. I hope that through our words we are able to mend the situation. And we are always going to find the spirit of Pan Africanism because this is what we were taught,” she added.

Director Books Buzz Foundation, Lola Shoneyin commended the courage of the three South African writers who agreed to be at the festival in spite of the diplomatic tensions between Nigeria and South Africa. “We remain united and committed to doing what creative Africans have always done, which is to rise above the poisonous rhetoric and provide reminders that our common humanity is much more important than anything that seeks to divide us. It is a great mistake to underestimate the power and value of creative arts,” she said.