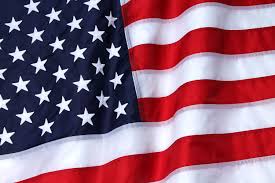 The Federal Government has approved a reduction in visa charges payable by United States (U.S) citizens from $180 to $160.

The Minister of Interior, Ogbeni Rauf Aregbesola, explained on Wednesday that the Comptroller General of Nigeria Immigration Service (NIS), Muhammad Babandede, had been directed to implement the decrease in the visa charges with effect from today.

The development followed the new visa regime announced by the U.S Government on Tuesday.

It said Nigerians applying for U.S visas would be required to pay a visa issuance fee, or reciprocity fee, with effect from August 29.

The U.S Mission in Abuja had said the reciprocity fee would be charged, besides the non-immigrant visa application fee, also called the Machine Readable Visa fee, which all applicants pay.

The Mission explained that both reciprocity and MRV fees are non-refundable, and their amounts vary based on visa classification.

In a statement by its Director Press, Mohammed Manga, the ministry said a committee set up to conduct due diligence in line with the ministry’s extant policy on reciprocity of visa fees had engaged the U.S Embassy on the issue.

It added that the implementation of its recommendations was delayed due to “transition processes in the ministry at the policy level”.

The statement said: “The committee had concluded its assignment and submitted a report. But the issuance of authorisation for its recommendations was delayed due to transition processes in the ministry at the policy level.

“The Minister of Interior, Ogbeni Rauf Aregbesola, has approved the decrease of visa charges payable by U.S citizens in line with reciprocity policy as recommended by the committee.

“Accordingly, the Comptroller General of Nigeria Immigration Service, Muhammad Babandede, has been directed to implement the decrease in Nigeria’s visa charges to U.S citizens with effect from August, 29.”

Also, the U.S Embassy in Abuja has denied blocking appointment dates for visa interviews of Nigerians seeking to travel to that country.

The Public Affairs Department of the Embassy stated this yesterday in response to a question by newsmen in Abuja.

The embassy said: “There has been no block on visa interviews. There are interview appointment opportunities available.”

A visa interview is intended for a more in-depth communication between the applicant and the representative of a diplomatic office.

Citizens of qualified countries may be also able to visit the U.S without a visa under the Visa Waiver Programme.

On August 20, some social media platforms reported that Nigerians who had applied for U.S visa could not get an appointment for an interview, despite the payment of visa fees.

According to the reports, after payment, once an applicant attempted to make an interview appointment, the applicant was informed through the U.S Embassy’s consultant website, CGI INC, that there were no available dates for visa appointments.