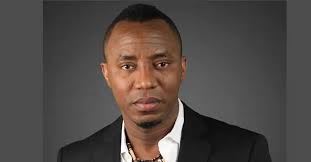 Activist and convener of the hashtag RevolutionNow Protest, Mr Omoyele Sowore has been charged with treason and money laundering. The federal government accused the Sahara Reporters publisher of conspiracy to commit treasonable felony in breach of section 516 of the Criminal Code Act by allegedly staging “a revolution campaign on September 5, 2019 aimed at removing the President and Commander-in-Chief of the Armed Forces of the Federal Republic of Nigeria”. The charges were filed Friday hours before the expiration of the detention order of the Federal High Court in Abuja permitting the Department of State Service to keep the activist for 45 days. Pressure is mounting on the government to release Sowore and others arrested during the protest. Dozens of activists, bloggers, and human rights groups have urged the federal government to immediately release Sowore expressing condemnation of the systematic violation of his rights.