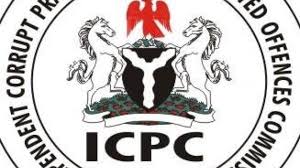 A former Managing Director of the Pipelines and Product Marketing Company (PPMC), Haruna Momoh and his wife Eileen, Wednesday said a court was misled into temporarily forfeiting N2.4 billion said to belong to them.

It was reported on Monday that a Federal High Court in Abuja had ordered the interim forfeiture of the sum, following an ex-parte application by the Independent Corrupt Practices Commission (ICPC).

The Commission said it had initiated moves to recover the N2, 417, 037, 404 billion permanently, alongside some landed properties linked to Momoh.

But reacting to the ruling through a statement by their counsel, Mr Ade Adedeji SAN, the Momohs claimed that the ICPC obtained the order by deception and suppression of facts.

They said they had no funds in Stanbic IBTC Bank, contrary to the ICPC’s claim that it found millions in Euros, Dollars and Naira in accounts linked to them and that “the aggregate sum in the other banks are far less” than what was announced by the Commission.

The duo alleged that the Commission deliberately failed to inform the judge that two other Federal High Courts, in 2017 and July 2019, had ruled that the source of the funds was not illicit.

She said the ICPC had appealed the July judgment, but, rather than prosecuting its appeal, it surreptitiously approached another court and misled the judge into forfeiting the funds.

The statement reads: “We have read the publications in the newspapers on Tuesday and we confirm that the order obtained by ICPC, which we have since confirmed through a search of the records of court, is a calculated scheme by ICPC to pervert justice.

“Indeed, we can confirm that on 4th July, 2019, Blaid Group and Mrs. Momoh obtained judgment at the Federal High Court, which judgment permanently settled issues between parties in Suit No. FHC/ABJ/CS/132/2019.

“As it is also the right of parties, ICPC had appealed the judgment through filing of Notice of Appeal, etc. But rather than prosecute their appeal, they surreptitiously approached the FCT High Court and misled the court as if the appeal never existed.

“Without disclosing to the new court that there was judgment of the Federal High Court against them, they moved the court ex-parte to grant an order of temporary forfeiture.

“The act of ICPC, which has become a pattern to score cheap publicity and enhance their deliberate scheme of boosting their image as hard-working and crime busters where there is none, is a shame, a travesty of justice, a gross abuse of process of court and of power granted them under their enabling law which never anticipated it would be used for self-aggrandizement.”

The statement noted that in 2017, the ICPC “approached the FCT High Court, obtained a similar order, went to the press to run down the clients and their businesses.”

But that in the ruling vacating/setting aside the order, the court in Suit No. FCT/HC/M/5388/17 “castigated ICPC for obtaining order fraudulently.”

“We have identified Counsel that are often engaged to commit these atrocities and on clients’ instructions are considering the relevant provisions of Legal Practitioners’ Act as it relates to discipline of counsel in such circumstances.”

It said the couple is taking “immediate steps” to vacate the order as well as filing petitions against “Counsel involved in misrepresenting facts to court to obtain ex-parte order which ordinarily would not have been granted.”