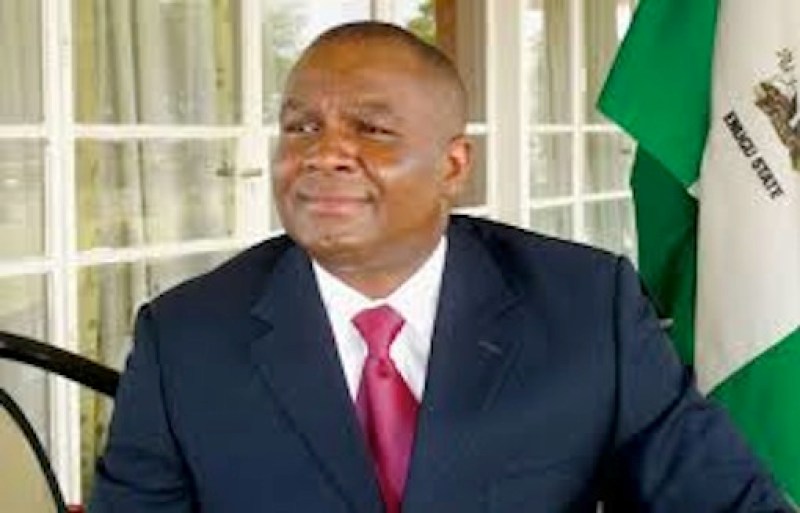 A Federal High court in Lagos has ordered that four companies associated with former Enugu State governor, Chimaroke Nnamani, be forfeited to the Federal Government.
The four companies – Rainbownet Nigeria Limited, Cosmos FM, Capital City Automobile Nigeria Limited and Renaissance University Teaching Hospital – were convicted by a judge of the Lagos court, Mohammed Yinusa, on Tuesday after pleading guilty to a 10-count amended charge against them by the Economic and Financial Crimes Commission.
The companies pleaded guilty on May 19.
At the ruling, counsel to the anti-graft agency, Kelvin Uzozie, prayed the court to make an order of final forfeiture of the companies based on their plea.
Mr. Yinusa on reviewing the facts before him convicted the companies and made an order of final forfeiture of their assets to the Federal Government, citing provision of the EFCC Establishment Act on Final Forfeiture.
All the properties are located across the five states in the South East geopolitical zone of Nigeria.
Among them are 22 Duplex buildings in Ebeano Under Tunnel Estate now known as Fidelity Estate; Renaissance University Teaching Hospital; Cosmos 105.5 FM Digital Station (Ceuna Communications); and Capital City Automobile Limited, located at 12 Station Road ,GRA, Enugu.
Others are properties of Hill Gate Investment which include: Plot Number H12, H13, H14, H15, H21`, H116, H188, Plot 10, Plot H11, Plot H16, Plot H17, Plot H18, Plot 19, Plot H20, Plot H49, Plot H50, Plot H117, CP/4 (HCR2), CP5 (HCR2) CP/6(HCR2) CP/7 (HCR2) CP/8.
The assets also include several undeveloped property and plots of land of Rainbownet Nigeria Limited in Enugu, Abakaliki, Aba, Owerri, Onitsha, Awka and Umuahia.
Also, property of Rainbownet Communication which include BTS, Microwave Avenue Radio, Rectifiere, and many equipment in various sites in Anambra State are to be forfeited to the Federal Government.
Aside these landed properties, over N35 million from the frozen bank accounts of the companies will be forfeited to the Federal Government of Nigeria.
Mr. Uzozie said he is pleased with the court’s ruling.
He said the Commission had sought for a separate trial of the companies as the first accused person, Mr. Nnamani, had stalled proceedings on the matter on account of frequent application to travel abroad for medical treatment on grounds of ill-health.
Mr. Nnamani and the others were accused of laundering funds from the state treasury, especially monies meant for local government councils.
The former governor, alongside Sunday Anyaogu -his then aide – and six firms linked to them: Rainbownet Nigeria Limited, Hillgate Nigeria Limited, Cosmos FM, Capital City Automobile Nigeria Limited, Renaissance University Teaching Hospital and Mea Mater Elizabeth High School, were first arraigned before a judge, Tijani Abubakar, in 2007.
The case was later re-assigned to another judge, Charles Archibong, following the transfer of Mr. Abubakar, now of the Appeal Court, out of the Lagos division of the Federal High Court.
Again, the case was re-assigned to Mr. Yinusa, after Mr. Archibong, now retired was also transferred out of the Lagos division of the court.