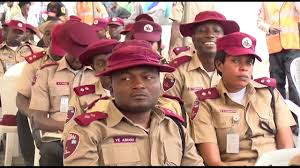 The Federal Road Safety Corps (FRSC) has dismissed as unfounded reports making the rounds that it has commenced fresh recruitment and replacement.

A statement signed by Corps Public Education Officer, Bisi Kazeem, the Corps had recently concluded the training and redeployment of all commissioned Staff.

According to the FRSC spokesperson, “the attention of the Federal Road Safety Corps has been drawn to a link circulated online that the Corps is carrying out another recruitment and replacement exercise, this is totally false.

“The Corps had recently concluded training of its personnel who have been commissioned as fulltime staff and deployed to various formations across the states of the Federation, including FCT”.

The statement added that, “by this disclaimer, the general public have been warned to desist from patronising these online fraudsters who are bent on duping unsuspecting members of the public.

“Members of the public will be duly informed immediately the Corps commences recruitment into its services through appropriate media platforms including its social media handles”.