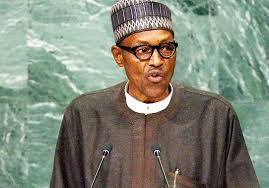 STATEMENT BY HIS EXCELLENCY MUHAMMADU BUHARI PRESIDENT OF THE FEDERAL REPUBLIC OF NIGERIA AT THE FIRST RUSSIA-AFRICA SUMMIT IN SOCHI, RUSSIAN FEDERATION

I am delighted to participate in this first and historic Russia-Africa Summit. I thank our chief host, His Excellency Vladimir Putin, President of the Russia Federation for this important initiative and for the warm and generous hospitality accorded to us.

“We are caught in an inescapable network of mutuality, tied in a single garment of destiny. Whatever affects one directly, affects all indirectly.”

Excellencies, Heads of States and Government,