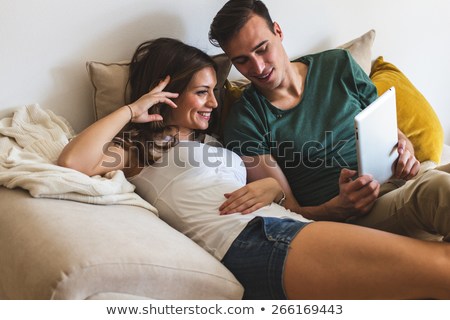 It’s 7:00am on a cold Saturday morning. It just rained, the weather is so cool that one may not want to get out of bed easily. The environment is quiet and still as if all the inhabitants of the estate had travelled. It is a small estate mostly occupied by the academic staff of a Federal Government University in the city. Some of the houses are also owned by a few bank workers and entrepreneurs who could be considered successful in their businesses.

The Evans’ flat is just right in the middle of the estate . One could easily identify theirs because Roseline Evans is a lover of flowers. As busy as her schedule is, she still devotes her weekends to watering and trimming the beautiful flowers she had earlier planted at the front of their flat. The flowers which are of various colours present a row of pleasant array, a beautiful sight to behold, thereby making their own flat distinguishable from the rest.

Roseline sat at the edge of their matrimonial bed with her head bowed, her fingers locked into one another. Slowly, she raised her head and stared into space, not looking at anything specific, she had a far away look in her eyes. David turned in his sleep, then opened his eyes lazily. The light from the slightly opened curtain of the room caught his eyes and he quickly shut them, wishing he didn’t open them in the first place

Then he thought he just saw a figure seated at the edge of the bed. He opened those unwilling eyes again, then sat up reluctantly when he fully realised it was his wife of course but he was surprised because even though Roseline was an early riser, she usually stay in bed on Saturday mornings till around 8:00am. That is because she wakes up early on week days and goes to bed late, so she takes her time to rest well on weekends.

“But why is she awake already?” David thought to himself. He yawned and said, “hello Rose, how was your night? I hope you are alright?” He was about lying down on the bed again. Roseline gave no response. She only stood up and started pacing. She walked the length and breadth of the big bedroom, ignoring her husband. David being a man of few words simply got up  and stood before his wife. “What is it Rose?” He gently asked.

He is not the type that uses endearments for his wife. He simply calls her Rose except for whenever he was angry, he would say Roseline! And immediately the wife would know that trouble was brewing.

Roseline whirled around to face her husband. She gave him a penetrating look as if she was searching through his thoughts… “Yes, Honey, don’t you have something to say?” She asked.

David was a bit confused. “Something to say like? I don’t understand Rose, I was the one asking you why you are up so early with this agitated look in your eyes.”

Rose gazed into her beloved husband’s eyes and after some seconds, spat out the few words David had always dreaded in their marriage. “It’s my birthday David and you have forgotten again, just as usual!” She threw up both of her hands and dropped them immediately as if she had surrendered to fate.

“Gush! I did it again, I am so…” David started but was interrupted by his wife. “Never mind, I have gotten used to it,” she lied. Even though in her mind, she never got used to it, she felt hurt each time it happened and really wished her husband turned a new leaf.

She left a confused David in the room and strolled through the hallway that leads to the sitting room. A few drop of tears escaped from her eyes. “When will this man change? Oh God!” She cried……………..

SEE YOU IN THE NEXT EPISODE