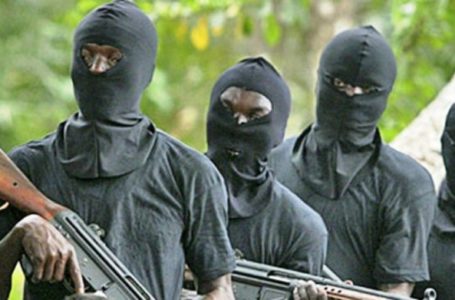 Barely two months after two Catholic priests of Enugu Diocese were kidnapped and killed, another priest, Rev. Fr. Arinze Madu, has been kidnapped by unidentified gunmen.

It was reliably gathered that Fr. Madu, a Vice Rector at the Queen of Apostle Spiritual Year Seminary, Imezi-Owa in Ezeagu Local Government Area of Enugu State, was kidnapped at the gate of the institution on Monday.

Fr. Achi, who spoke to our Correspondent on the telephone, described the incident as “terrifying;” adding, “This incident is coming barely two months after Rev. Fr. Offu was gruesomely killed by gunmen at Ihe-Agbudu road on August.”

The Catholic spokesman said, “In this year alone, two priests have been killed while three escaped.”

He also recalled that Rev. Fr. Clement Ugwu, of the St Mark Catholic Church, Obinofia Ndiuno in Ezeagu Local Government Area of Enugu State, was kidnapped in his house on March, and was later found dead.

“On August 2, 2019, Rev. Fr. Paul Offu was killed by another gunmen suspected to be herdsmen.

Meanwhile, the state Police Command has confirmed the kidnap incident.

The state Police Public Relations Officer, Ebere Amaraizu, who confirmed the incident on telephone, said the Command was tracking the kidnappers.

“Yes, the priest was kidnapped on Monday while he was coming out from his school located at Imezi-Owa in Ezeagu local government area.

“But I can assure you that the Police, in collaboration with the Army and local vigilante groups, are combing the forest in the area,” he said.