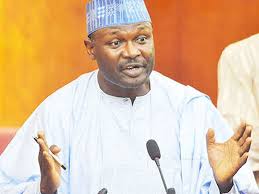 The final list of candidates for Governorship, State Assembly and FCT Area Council elections will be published on Thursday, the Independent National Electoral Commission (INEC) has said.

Chairman of the Commission, Prof. Mahmood Yakubu, said the list will be published in all the State offices nationwide and the Commission’s website.

Yakubu spoke on Wednesday in Abuja at the Swearing -in of a new Resident Electoral Commission (REC) Elder Monday Udo Tom from Akwa Ibom State.

This brings the total number of RECs nationwide to 36 out of 37 States and the Federal Capital Territory (FCT).

The Commission is awaiting the confirmation and appointment of the nominee for Osun State.

He also revealed the commission has implemented ten out of the fourteen activities outlined in the commission’s scheduled programs of actives.

“Your appointment is coming just 16 days to the 2019 General Elections. We have already implemented 10 out of the 14 activities in our timetable and schedule of activities.

“The final list of candidates for Governorship, State Assembly and FCT Area Council elections will be published in all our State offices nationwide and the Commission’s website, tomorrow Thursday 31st January 2019.”

Congratulating the new REC, Yakubu informed him that though he will be posted to a state within his geo-political zone, he can however be posted anywhere in the country.

He said: “Furthermore, as a REC, you can be posted to any part of the country at any time as the exigencies of service require. For now, you will be posted to a State within your geo-political zone but you will never serve in you State of origin throughout your tenure. In line with this principle, you are hereby deployed to Bayelsa State.”

The new REC holds a BSc. degree in Biological Science and a Master’s degree in Microbiology.

He served as lecturer and civil servant in Akwa Ibom State.