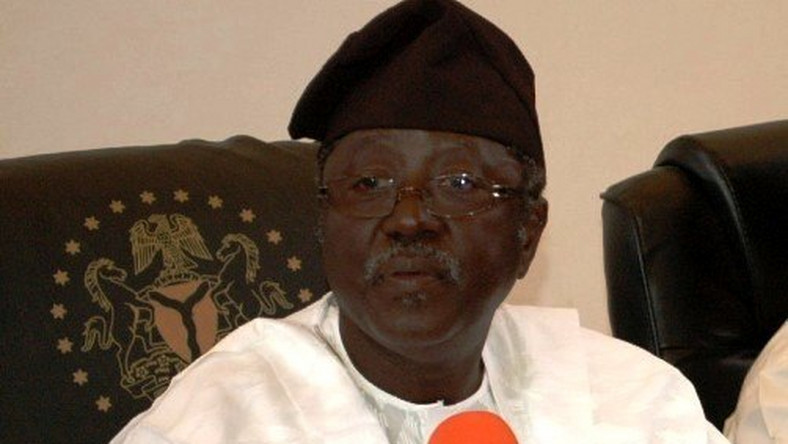 Justice Daniel Longji of the Plateau State High Court, sitting in Jos, has adjourned to November 11, 2019 for continuation of trial in the N6.2bn fraud charge brought against a former governor of Plateau State, Jonah Jang by the Economic and Financial Crimes Commission, EFCC.

Jang and his former aide, Yusuf Pam, a cashier at the Office of the Secretary to the State Government, are facing trial for allegedly diverting the state funds to personal use.

At the resumed trial on Thursday, October 31, prosecution witness (PW11) Musa Sunday, told the court how the cashier at the Government House delivered N750m cash to Jang during his tenure as governor.

The witness, while being cross-examined by defence counsel, Mike Ozekhome, SAN, explained that the alleged N750m was meant for the payment of salaries and emoluments of primary school teachers, and not for the second defendant, Pam, whom he said withdrew the money in cash for his boss, Jang.

While answering a question raised by Ozekhome that borders on the properties acquired by Jang and the PW11’s involvement when Pam handed over the cash to Jang, Sunday explained that there is documentary evidence that money was given to Jang in bulk and his confessional statement was tendered as exhibit before the court.

Justice Longji, adjourned the matter to November 11, 2019 for continuation of trial.

The court had on Wednesday October 30 heard from seven witnesses, how over N6bn was allegedly moved out from different banks by Jang and others.

It would be recalled that a Plateau State High Court sitting in Jos, had ordered the EFCC to recall all the witnesses for fresh re-examination in the N6.3bn charge it brought against Jang.

Justice Longji gave the order on Friday October 10, after ruling on the fresh application by the anti-graft agency seeking to amend the earlier charges, from counts 12 to 17.

At the resumed trial on Tuesday, October 29 counsel for the first defendant, Edward Pwajok, presented the list of the seven witnesses recalled for cross-examination to the court.

While testifying during cross examination, PW1, Director, Development Finance Department, Central Bank Nigeria, CBN, Abuja, Dr Musdashir Olaitan, said the payment of N2billion was made to Project 1 Account and the funds were disbursed by CBN, with a valid Memorandum of Understanding (MoU), between the Plateau State and CBN.

He explained that the Plateau State government tendered an account for the disbursement which they followed through by disbursing the funds to the designated account.

On his part, the PW2, the relationship manager of Plateau State Project 1 and Plateau State Small and Medium Enterprises Development Agency, PLASMEDA, accounts domiciled with Zenith Bank, Uchenna Igwe, said; “I noticed an inflow of N2bn on March 17, 2015, from CBN to Project 1 instead of PLASMEDA account. I communicated my observations to the Commissioner of Finance and Accountant General and an instruction was raised by the Accountant General that the money be transferred to the PLASMEDA account, which is the rightful account”, he explained.

“To the best of my knowledge, the money was not transferred to the designated account but to Special Cabinet in tranches”.

“The official activities including renovation of schools, furnishing and building of primary and secondary schools in Plateau was suspended due to the negative impact of borrowing, hence SUBEB, could not carry out the purpose of the fund”.

Boyi Kauki Sauki, PW7, a retired Accountant General of Plateau State from August 25, 2011 to June 1, 2015, said as regards to the transfers of N400m, N2bn and N750m from SUBEB, the Ministry of Finance does not permit inter-agency borrowing.

In the same vein, PW6, a cash officer at Zenith Bank, Tashuk Yakubu, narrated the role she played in coordinating cash disbursement to customers.

“N200m was withdrawn from CBN and paid to Zenith Bank Plc in N1,000 denominations and the monies paid was taken away in cash by the second defendant.

Habila Dung, a former permanent secretary from December 2014 to September 2015, during the first defendant’s tenure and the PW4, explained that around March 2015, N750m was given to the first defendant after cheques were signed by him and the Director of Finance and Supplies to withdraw the monies approved and used as classified expenditures.