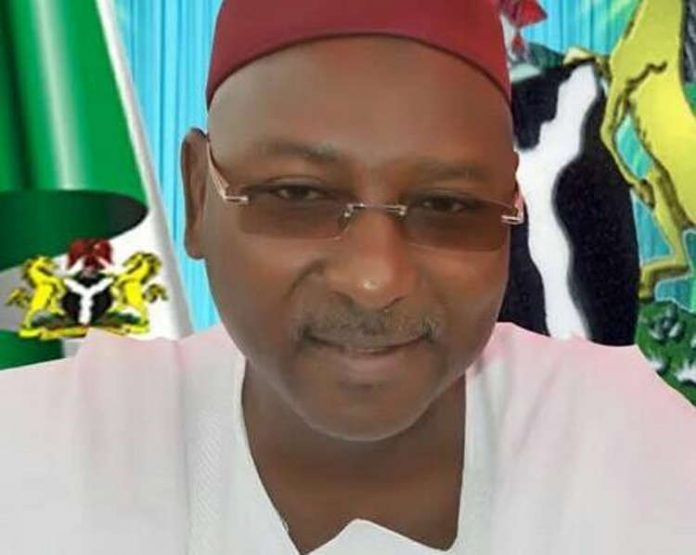 The Deputy Governor of Kano State, Hafeez Abubakar, has resigned from the position.

Abubakar tendered his resignation in a letter dated August 5th 2018 and addressed to the state governor, Abdullahi Ganduje on Sunday.

Abubakar, a close political associate of former governor of Kano State, Rabiu Kwankwaso, said he resigned his position due to “irreconcilable differences on matters relating to governance and government operations, personal opinion and respect for democratic ideals and values.”

He said it would be unfair to his conscience and to the people of Kano to remain in his position as deputy governor of Kano state.

The deputy governor said he had desired to remain in office until the end of their tenure, but chose to resign because he was being prosecuted.

The letter reads, “I regret to write and notify you of my decision to resign my position as deputy governor of Kano State with effect from Saturday 4th August, 2018.

“Your Excellency, I would have desired to remain up to the end of our tenure in order to fulfill the aspirations and expectations of the good people of Kano State as expressed in their mandate given to our joint ticket in 2015, but with the current and persistent irreconcilable differences on matters relating to governance and government operations, personal opinions, and the concept of, and respect for, democratic ideals and values, it would be unfair to my conscience, to the good people of Kano State and to you as the head of the government to continue to remain in my position as the Deputy Governor of Kano.

“Your Excellency would recall several instances I had to draw your attention on the need to understand and appreciate these differences in order to avoid drifting into the kind of unnecessary crisis we are facing today, but to no avail.

“Instead of heeding to my counsel to save the government from the present state of crises, your reaction was and still is, to prosecute and mete all sort of injustices on me.

“I have endured immeasurable and unjustifiable humiliation for over two and half years without any reason other than my principled position on issues of governance and the desire to keep government on track.

“Under circumstances, and given the deteriorating state of affairs and your continued disrespect for the office of the deputy governor as well as your expression of several injustices on my person, I regret to say that I have no option than to succumb to my inner calling with the hope that this decision is in accordance with the guidance and wishes of Allah (SWT) for me and good people of Kano state.” 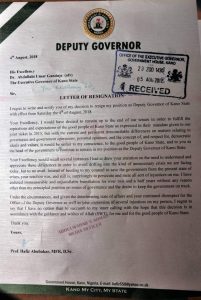