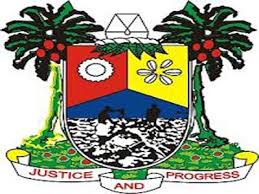 A total of N16.9 billion was released as payment of pension arrears to pensioners in Lagos State between April 2016 and March 2017, while N2 billion was disbursed to young entrepreneurs and artisans under the N25 billion Employment Trust Fund (ETF) scheme, the State Governor, Mr. Akinwunmi Ambode has said.

Governor Ambode, who stated this at the inauguration of ultra-modern headquarters of Providus Bank Plc in Lagos, said his administration has maintained a consistent programme of actively reflating the economy through massive expenditure in infrastructural development and engaging competent local contractors who in turn employ the people.

While alluding to a recent report of World Economics suggesting that the Nigerian economy would soon grow out of recession, Governor Ambode expressed delight at the fact that the consistent investment of the State Government in critical sectors contributed to the resurgence of the economy.

He said as a government, his administration was relentless in its commitment to providing a conducive, safe and secure enabling environment for businesses to thrive, adding that efforts were being made daily to improve the ease of doing business in the state especially by working to ensure that all businesses have all they require to succeed, even in a recession.

“We have maintained a consistent programme of actively reflating the economy through massive expenditure in infrastructural development and engaging competent local contractors who in turn employ our people,” he said.

“Our Employment Trust Fund has disbursed almost N2 billion in the last quarter to young entrepreneurs and artisans. We have released N16.9billion for payment of arrears to pensioners in the State between April 2016 and March 2017.

“Our Light Up Lagos initiative has given traders and artisans extended time to carry out their businesses as we move towards our 24/7 economy. With these actions, we energized the economy and ensured that commercial activities continued in the state.”

Going forward on the economic recovery plan, Governor Ambode called for a convergence in the foreign exchange rates as well as deliberate strategy to force down the inflation to a single digit and reduce interest rates, saying that such would enable more business people to access funds and meet their obligations.

Besides, the Governor commended President Muhammadu Buhari over the Economic Recovery and Growth Plan (ERGP) recently released by the Federal Government.

He said the economic blueprint would go a long way in charting the course for the economic recovery and growth desired by all.

He also commended the Central Bank of Nigeria (CBN) for efforts at stabilizing the exchange rates, and expressed optimism that the steps being adopted would help ailing businesses to bounce back to profitability.

The Governor, who equally commended the management of Providus Bank for their commitment to positively impact the banking sector, urged them to come up with programmes that would bring more financial inclusion to Lagos specifically in the area of access to financial services.

“I urge you, as financial intermediaries, to facilitate the growth of the economy by designing products for the real sector thereby supporting made-in-Nigeria goods. I also urge you to pay special attention to Small and Medium Scale Enterprises because these are the fastest vehicles for job creation and growing new businesses,” Ambode said.

Earlier, Managing Director of the bank, Mr. Walter Akpani commended Governor Ambode for the massive infrastructural development in the State and the efforts at enhancing ease of doing business.