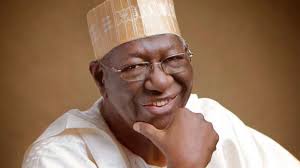 Former President of the Senate, Senator David Mark has lamented over the demise of former Chairman of the Peoples Democratic Party (PDP) Board of Trustees (BOT) and Minister of Works, Chief Anthony Anenih.

Senator Mark said the demise of Anenih is a huge loss to the nation and devastating to the political class who would have benefited from his reservoir of experience to navigate through the murky waters of Nigerian politics today.

He recalled Chief Anenih’s exploits and contributions to the political evolution of Nigeria since the second republic and submitted that the late politician was a political icon who added value to the polity.

Senator Mark maintained that “Chief Anenih stamped his authority in the political arena and left his positive footprint on the sand of time. In the second republic, as the then Chairman of the defunct National Party of Nigeria (NPN) in Bendel State, he led the party to victory.

“During the ill-fated third republic, he was the National Chairman of the Social Democratic Party (SDP) that led the party to success in an election variously described as the freest, fairest and most credible election in the history of Nigeria.

“On the return of Democracy in 1998/99, Anenih played the leading role in the evolution of PDP and earned the sobriquet of “Mr. Fix it and Leader”.

“No doubt, Anenih has left a huge vacuum that would be difficult to fill at least within the political class”.

Senator Mark pointed out that Nigeria would miss Anenih’s wise counsel and contributions to the political development of the country saying “he lived an eventful and accomplished life worthy of emulation”.

He prayed that God grants Anenih eternal rest just as he prayed that the Almighty gives the immediate family, the government and people of Edo State the fortitude to bear the irreparable loss.